Home Sport Euro round-up: Inter up to second in Serie A 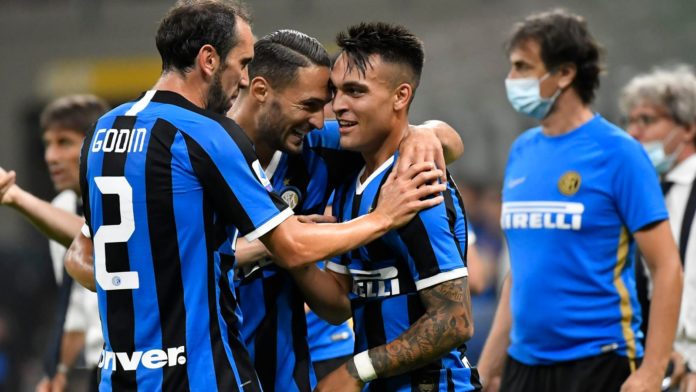 Inter move up to second in Serie A, while Villarreal suffer a surprise home loss to Real Sociedad in La Liga

Inter Milan moved back up to second in Serie A after coming from behind to beat Torino 3-1 thanks to three goals in the space of 13 minutes.

Andrea Belotti gave the visitors a surprise lead just after the 15-minute mark at San Siro, but Ashley Young levelled moments after the restart before Diego Godin struck in the 51st minute.

Lautaro Martinez doubled Inter’s lead in the 61st minute as they went above Lazio in the standings.

Meanwhile, in La Liga on Monday, Villarreal saw their slim hopes of a top-four spot evaporate after losing 2-1 at home to Real Sociedad, who are now level on points with sixth-placed Getafe and just three behind the Yellow Submarine.

Willian Jose’s effort just after the hour mark was followed by Diego Llorente’s goal with 15 minutes left and, although Santi Cazorla pulled one back in the closing stages, it proved a mere consolation.

Elsewhere, Alaves ended a run of six successive defeats with a goalless draw against Getafe to move four points clear of the bottom three.