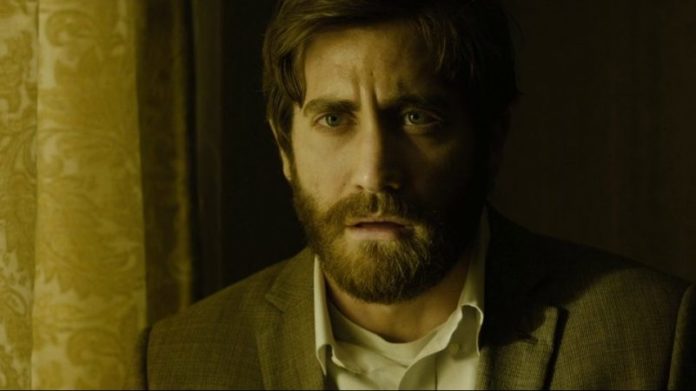 Following an intense bidding war among six major studios, Deadline brings word Apple has successfully won the rights to Jake Gyllenhaal’s thriller film adaptation of Snow Blind, based on Ollie Masters and Tyler Jenkins’ graphic novel of the same name. The project has also found its director in the form of Sweden-born director Gustav Möller (The Guilty) who has signed on to helm his first-ever English-language film.

The graphic novel, penned by Ollie Masters (The Kitchen), follows high school teen Teddy, whose life in a sleepy suburb in Alaska is turned upside-down when he innocently posts a photo of his dad online and subsequently learns he and his family are in the Witness Protection Program. When a man seeking revenge and FBI agents invade their town, Teddy learns his father’s reasons for going into the program may not be as innocent as he says.

The film adaptation will be penned by Carnegie Medal-winning author and screenwriter Patrick Ness, best known for his work on the 2011 coming-of-age fantasy A Monster Calls, writing the novel and penning the script, and authoring the Chaos Walking novel series and co-writing the screenplay for the upcoming adaptation starring Tom Holland (Avengers: Endgame) and Daisy Ridley (Star Wars: The Rise of Skywalker).

The film is currently being pitched as Prisoners, the Oscar-nominated thriller starring Gyllenhaal, mixed with Running on Empty, with BOOM! Studios’ Ross Richie and Stephen Christy, Mett Norkjaer, and Nine Stories’ Gyllenhaal and Riva Marker attached to produce. Adam Yoelin and Noah Stahl are also set as executive producers.

Snow Blind marks the latest BOOM! Studios material to be snatched up for a film adaptation, with January bringing word that Seth Rogen’s Point Grey Pictures acquiring the rights to the horror graphic novel Memetic with Mattson Tomlin (The Batman) signing on to pen the screenplay.