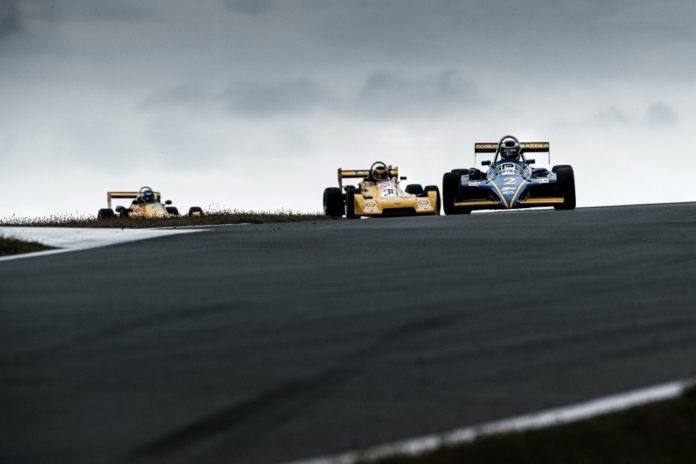 The 2020 FIA Historic Formula 3 European Cup will take place this September as part of the Historic Grand Prix, providing the first opportunity for the competitors to race on the new Formula One layout at Zandvoort on the 4th to 6th September.

With places still available on the 2020 grid the entry deadline has been extended, with competitors now having until the 10thAugust to enter for this prestigious event.  So far 13 entries have been received, with many more are expected to sign up for the third running of the FIA Historic Formula 3 European Cup.

The entry for the FIA Historic Formula 3 European Cup is split into two categories. Category 1 is for cars of the 1971-1978 period, while Category 2 will see the more recent 1979-1984 racers.

So far, entries have been received by many of the leading contenders from the previous two events, including reigning Category 1 Champion Valerio Leone.  The Monégasque has decided to swap his March 783 for a Category 2 1982 Alba AR1 for the 2020 race at Zandvoort.  Davide Leone also returns and hopes to emulate his father’s success at the 2019 event in his Category 1 1978 March 783.

Italian Manfredo Rossi di Montelera is well known on historic formula grids and will race in the Martini Mk34 that was campaigned by compatriot Emanuele Pirro in 1981.

Angela Grasso will, once again, race her 1982 Toyota-Novamotor powered Dallara 382 alongside the March, Martini, Alba and Ralt Category 2 entries.

Formula 3 is a category which has been an important stepping-stone to Formula 1 for the past 70 years. The FIA Historic Formula 3 European Cup is an unique celebration of the category, its cars and history, which will be held at the same circuit where the first round of the European F3 Championship was held in 1978.