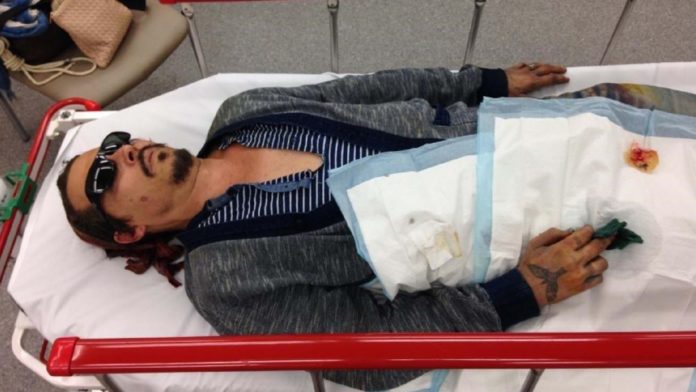 A member of Johnny Depp’s security team has told the High Court he was contacted to “extract the boss” from an argument with Amber Heard in Australia, and that the star was “panicking” as his finger had been sliced open.

Malcolm Connolly, who has worked for the Hollywood star and his family for about 16 years, is giving evidence on day six of the actor’s high-profile libel action against the publishers of The Sun.

He told the court in London he never saw Depp hitting Heard, and that he would never tolerate any man hitting a woman, even if he was “the Pope”, and despite the actor being his boss.

What Heard has described as a “three-day hostage situation” in Australia in March 2015 is one of 14 allegations of violent behaviour against Depp, who has previously told the court his finger was wounded when his then wife threw a vodka bottle at him.

Giving evidence, Mr Connolly said that when he arrived at the rented house the couple were staying in, while Depp was filming a Pirates Of The Caribbean film in Australia, he could hear a “ruckus” and the actor was in a state of distress.

In his witness statement, Connolly said that Depp told him: “Look at my finger.

“She’s cut my f***ing finger off. She’s smashed my hand with a vodka bottle.”

Mr Connolly said Depp also told him that Heard had put a cigarette out on his face, and he saw a mark.

He said that he did not see any injuries on the actress.

Mr Connolly said he got to the property at about 1.30pm after receiving an urgent call from the late Jerry Judge, the head of Depp’s security team at the time, who told him: “Malcolm, get in the car, extract the boss from the situation.”

He continued: “I could hear the ruckus inside. I opened the door, which wasn’t locked, and saw Johnny in the foyer area of the house.”

The security guard said that Depp and Heard were “screaming at each other”.

When Mr Connolly got Depp out of the house, he said: “I had the car door open and when we were outside Johnny said to me words to the effect of, ‘Look at my finger. She’s cut my f***ing finger off. She’s smashed my hand with a vodka bottle’.

“I saw his finger and it was a mess.”

Mr Connolly denied a suggestion that he might have been “pressured to lie and come on Johnny’s side” when giving his evidence.

He said he does not “depend” on the actor for his income.

The court also heard this morning from Tara Roberts, who has worked for Depp as the estate manager for his property on his island in the Bahamas since December 2008.

An incident in the Bahamas in August 2014 is one of the 14 allegations against Depp, who was there to “cure his dependence on painkillers” – although Heard claims he was trying to give up other drugs, too.

She alleges that he slapped, kicked and grabbed her by the hair during the trip.

Appearing via video-link, Ms Roberts told the court she had never seen the actor being violent towards Heard.

She also responded to the suggestion that she might be dependent on Depp for her livelihood, saying: “No… I have other sources of income.”

Depp denies allegations of violence against him. The trial continues.