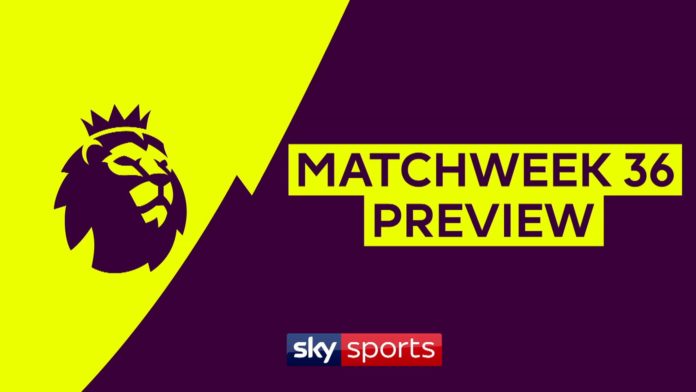 Team news, stats and prediction ahead of Arsenal vs Liverpool in the Premier League on Wednesday (kick-off 8.15pm).

Arsenal have no fresh injury concerns ahead of their meeting with new Premier League champions Liverpool on Wednesday night.

Eddie Nketiah serves the second of a three-match ban for his dismissal against Leicester, while the Gunners’ official line on Mesut Ozil’s continued absence from the squad is that he is still suffering from “back soreness”.

Liverpool midfielder James Milner is unlikely to be fit having missed the weekend draw with Burnley because of a minor muscle problem.

Manager Jurgen Klopp expects the 34-year-old to be ready to face Chelsea at home next week, however.

Trent Alexander-Arnold is set to return at right-back, having been rested on Saturday, and Naby Keita and Alex Oxlade-Chamberlain, against his former club, look set to contest one midfield place.

Arsenal should have gone on to win the game against Tottenham – they had better shape and they were creating much more. But they got lazy in the second half, and it was the same old story.

Arsenal had plenty of the ball, but then Sead Kolasinac makes a mistake, Shkodran Mustafi makes two or three. On a positive note though, Arsenal look like they have goals in them.

This Liverpool team are still 10-15 yards off the Premier League champions they are. They will pop it about against a weak defensive side. Arsenal’s shape has improved, but their defenders have not, and that could come back to haunt them again.

It’s set to be an enthralling finish to the season and you can follow all the drama with Sky Sports as the battle for survival and the race for Europe reaches a climax.

Sky Sports has launched a host of innovative new features and updates to give fans an even more immersive experience and share the moments live with family and friends on virtual platforms.

You can also follow the action with our dedicated live blogs on the Sky Sports website and app, and watch free match highlights from every game shortly after full-time on our digital platforms and YouTube channel.