Home Sport Mourinho: No pressure from Spurs on Aurier 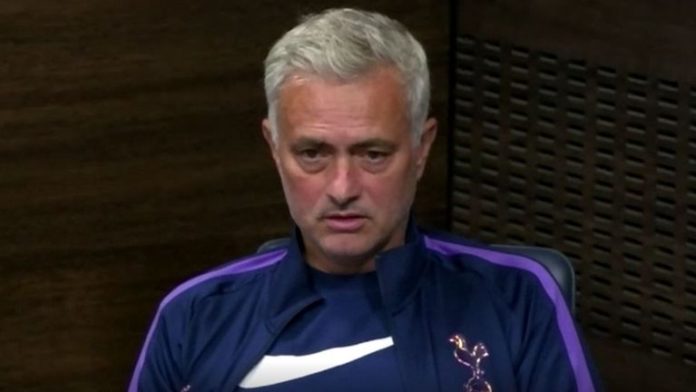 Jose Mourinho says Tottenham will give Serge Aurier the time he needs to grieve, following the death of his brother in the early hours of Monday morning.

According to reports in France, Christopher Aurier was shot at a nightclub in the southern city of Toulouse.

The suspected gunman fled the scene and is being sought by police, according to a French police source.

The younger of the two brothers, Christopher Aurier was also a footballer and played for Rodeo Toulouse in the French fifth division last season.

Serge Aurier has been a fixture in Spurs’ team this season, playing in 30 of their last 31 Premier League games, but Mourinho is unsure whether the Ivorian defender will line up against Newcastle at St James’ Park on Wednesday.

“In this moment, what myself and other people at the club have spoken to him about is just about supporting a person that had a tragic moment within the family,” Mourinho said.

“Everyone is different. People react in different ways so we are going to respect 100 per cent Serge’s decisions. [There is] no pressure from us.

“This afternoon, after training, we will have a better idea of what he wants to do.”

Ndombele and Alli doubtful with injuries

Spurs are likely to be without midfielders Tanguy Ndombele, who picked up an injury in training on Monday, and Dele Alli, who is recovering from a hamstring injury, for the trip to Tyneside.

“Yesterday in training, Ndombele was injured,” Mourinho said. “I don’t think he will be selected but we have another training session.

“Dele Alli may be training with us in the afternoon but I also don’t believe that he can be [available].

“Serge Aurier, of course, is a big question mark at this moment.”

The injury to Ndombele is another setback in what has been a disappointing first season in north London for Tottenham’s record signing.

The French international has been limited to two substitute appearances since the Premier League restarted but Mourinho insists there is no problem between the pair.

“Every player is part of my plans. Every one. I don’t give up on players. No player has a privilege. Every player is for me the same. [There is] no problem at all,” Mourinho said.

‘No decision made on Rose’s future’

Mourinho also said no decision has been taken on the future of left-back Danny Rose, who is currently on loan at Newcastle.

The England international has one year remaining on his contract with Spurs and Mourinho said the club will decide after the season what the future holds for the 30-year-old.

“No decision is made,” Mourinho said, when asked about Rose. “To be honest, since he left I have not spoken with him. His feelings are important. His happiness is important.

“I think Steve Bruce and Newcastle also deserve to have an important word on this situation.

“He is our player and he has a contract so everything is open. We have three more matches in the next couple of weeks. After that there will be plenty of time to make decisions.”