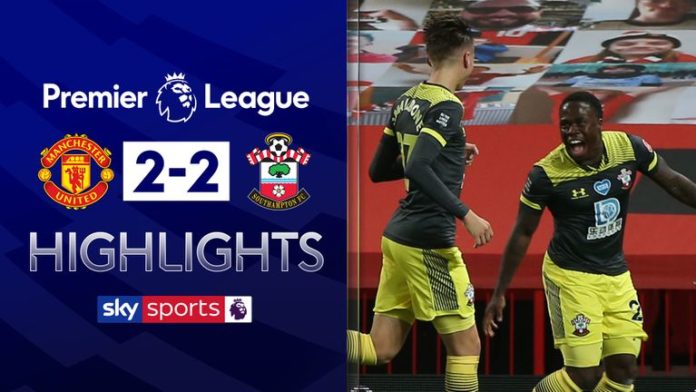 Will Manchester United be challenging for the Premier League title again before long? We discuss that, and much more, in the latest Premier League Review podcast.

United’s winning run came to an end on Monday Night Football as Southampton grabbed a last-gasp 2-2 draw at Old Trafford, but Ole Gunnar Solskjaer’s side have shown noticeable improvement over the past month to suggest the Norwegian has found a winning formula.

United have clawed themselves back into top-four contention, winning four and drawing two league games since the restart, and Solskjaer’s side are currently on an unbeaten run of 18 in all competitions.

Sky Sports News reporter Ben Ransom joined Jasper Taylor on the latest Review podcast to assess United’s title chances over the next few seasons, while also discussing the impact Manchester City’s overturned European ban could have on the transfer market and Pep Guardiola’s future at the Etihad.

Manchester City will play in the Champions League next season after the Court of Arbitration for Sport (CAS) lifted the club’s two-year ban from European football.

Sky Sports’ Gerard Brand is also on hand to discuss his recent feature on Solskjaer’s United, and their blueprint for future success, plus both Gerard and Jaydee Dyer go through all five clubs threatened by relegation, looking in-depth at their fixtures over the remaining three games of the season.

Six points separate 15th to 19th in the Premier League table, with Villa looking most in danger in 19th, four points from safety.

We also look at Bournemouth’s run-in after their shock 4-1 win at Leicester, with Watford, West Ham and Brighton keeping themselves afloat at present.

There’s the possibility of a final-day showdown between West Ham and Aston Villa on the final day of the season, but who has the most favourable final fixtures as the Premier League reaches its conclusion?

All that, plus a tasty teaser, in the latest Premier League Review podcast…

Will Man Utd challenge next season?

“I think they still need a couple more players. At some point, a big player will get injured. At some point, Bruno Fernandes would have to have a slight dip in form, so they will need players to take the pressure off them particularly if they are playing in the Champions League again.

“I think they probably still need one central defender to take the pressure off Harry Maguire and Victor Lindelof, and I know there is talk of Ben Chilwell coming in maybe, but if they can add a Jadon Sancho, or someone who gives them another option in that final third, potentially a Jack Grealish, someone to come in, be rotated, find their feet in that unit, and add goals, they will become dangerous.

“Then it’s about consistency. One criticism you could have of Solskjaer’s tenure so far is that he has these tremendous runs, go unbeaten for long period, and then they have a few sticky results. We’ve see what Man City and Liverpool have done in recent years; you have to win almost every single game. That’s how tough this league is now!

“I’m not sure United are quite at that level yet, but a caveat to all of that: they are much, much closer to where they were a year ago!”