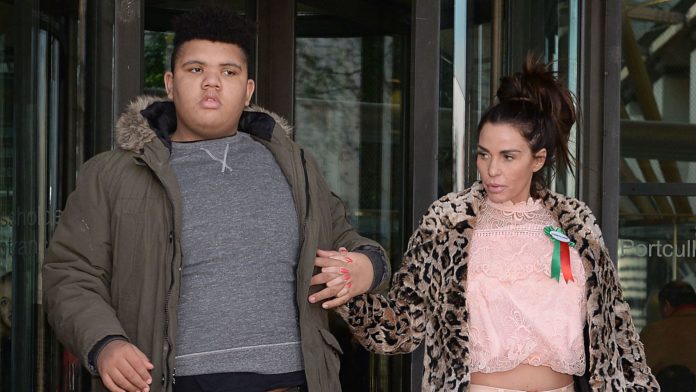 Katie Price says her son Harvey is being “brave and strong” in intensive care and she has been able to FaceTime him after he was admitted to hospital on Sunday.

Harvey, 18, suffers from partial blindness, Prader-Willi syndrome, autism, and learning and behavioural difficulties, as a result of a rare genetic disorder.

The model and TV star wrote: “Hey Thank you for all your messages, I can confirm Harvey still in intensive care, he is more comfortable, it’s hard as due to limited visiting hours and covid I can’t be by his bed side, but he is being brave and strong, and able to face time him, I’ve let him know he has so much love and support and thank you”.

Among those commenting online was Harvey’s half-brother Junior, 15, who wrote “Love you Harv” followed by a heart emoji while her ex-husband, Kieran Hayler, posted a red heart emoji.

The update comes a day after she tweeted that messages of support were “really keeping me going”.

Price revealed what had happened to her son in a tweet on Sunday, writing: “I can confirm that Harvey is in intensive care and in the best hands.

“I would like to thank the ambulance services and the hospital staff for the quick response and making him stable.”

Earlier this month, Price gave evidence to the Petitions Committee as part of its parliamentary inquiry into online abuse.

The model and businesswoman detailed the abuse directed online at Harvey, and told of the emotional toll it had taken on her too.