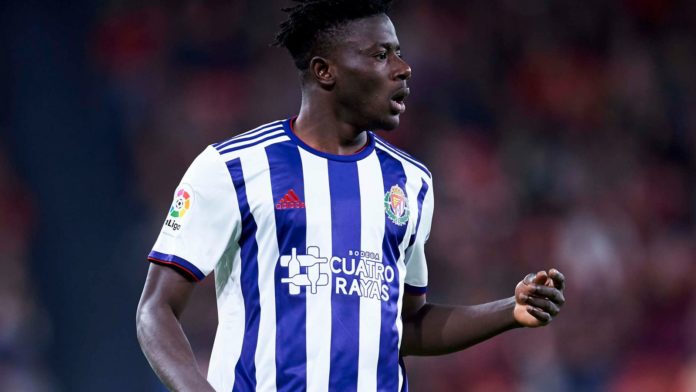 Southampton have renewed their interest in Mohammad Salisu along with another centre-back target on the European continent.

The Valladolid player has a £10.9m (€12m) release clause in his contract that is not expected to be a problem for the Saints should they decide to press ahead with the move.

Sky Sports News reported in January that the Ghanaian had become a target for Ralph Hasenhuttl after some impressive performances in La Liga.

Ndicka and Salisu are both left-footed centre-halves and considered bright defensive prospects, with Ndicka also having been tracked by top Premier League sides such as Arsenal, Liverpool and Tottenham.

Ndicka, 20, is a France U21 international that came through Auxerre’s youth system, while Salisu is a 21-year-old who has been part of Valladolid since 2017, but is yet to play for Ghana.