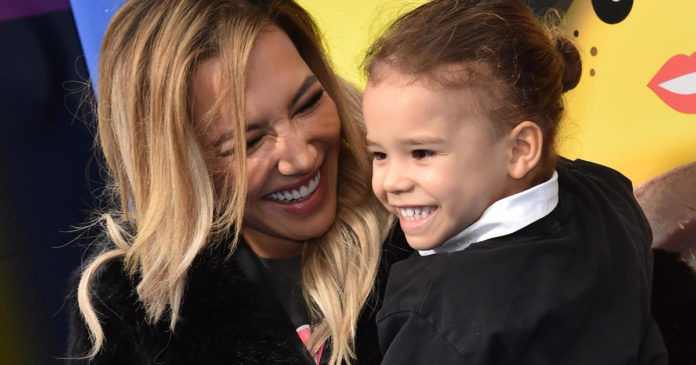 In an emotional statement obtained by CBS News, the creators said they are “heartbroken over the loss,” and that they’re in the process of creating the fund “for the beautiful son Naya loved most of all.”

“She was warm and caring and fiercely protective of the rest of the cast. She was tough and demanding. She was fun. She was kind. She was generous,” they wrote of Rivera. “There were ups and downs during the wonderful and stressful years we spent making Glee. We disagreed, we fought, we made up, then we fought some more, and then we made up again. The kinds of things that happen in a family. Naya was more than just an actor on our show – she was our friend.”

The creators said that they quickly realized how talented Rivera was shortly after filming began.

“It didn’t take more than an episode or two for us to realize that we had lucked into finding one of the most talented, special stars we would ever have the pleasure of working with,” they wrote. “Naya could act, she could dance and she could sing (could she ever sing!). She could nail a joke as well as she could crush you with an emotional scene. She could move between being scary tough and deeply vulnerable with ease.”

The creators described her as a “real pro” who was “always on time, always knew her lines…always kept everyone laughing on set.”

“She was a joy to write for, a joy to direct and a joy to be around,” they said.

The trio also highlighted the importance of Rivera’s character, Santana, for portraying one of the first openly lesbian high school relationships on network television with her co-star Heather Morris. They said Rivera understood how important that representation was for many young women.

“Naya always made sure that Santana’s love for Brittany was expressed with dignity, strength and with pure intentions,” they wrote. “Naya was always moved by the girls who reached out to her to tell her how much Santana and Brittany’s love affected them. Naya’s obligation to them – and to all of her fans was obvious. She had the rare combination of humility and endless confidence in her talent.”

The announcement that Rivera’s body had been found concluded a nearly week-long search, which began after her Josey was found alone in a pontoon boat the pair had rented.

Josey told authorities that he and Rivera had gone swimming in the lake, and said he got back in the boat but she did not.

The body will now be taken to the medical examiner’s office where an autopsy will be performed. There is no indication of foul play or suicide, Ventura County Sheriff Bill Ayub said Monday.