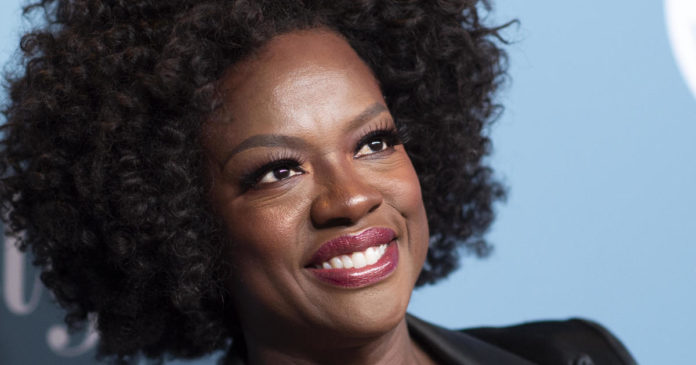 The July/August issue of Vanity Fair marks a historic milestone for the magazine: The cover photo, which features actress Viola Davis, is the first taken by a Black photographer in the magazine’s 106-year history.

Calmese told the New York Times that his cover image of Davis, with her exposed back to the camera and gaze over her left shoulder, was meant to invoke “The Scourged Back,” a historic 1963 image of a slave with a web of whipping scars on his back.

It’s a powerful image at a time when the country is reckoning with its dark legacy of racial injustice, slavery, and how Black stories are told. It also comes just days after Vogue’s cover feature of Simone Biles, photographed by iconic portrait photographer Annie Leibovitz, has renewed demands for more representation in front of and behind the camera.

It’s no secret that diversity in fashion has long been an issue. In her editor’s letter about the Davis cover, Vanity Fair Editor in Chief Radhika Jones recognized the milestone of Calmese’s cover and highlighted the magazine’s own shortcomings.

“In our archives, excluding groups and special issues, we count 17 Black people on the cover of Vanity Fair in the 35 years between 1983 and 2017,” Jones wrote. Jones has published 10 covers featuring Black stars since she took the helm in December of 2017.

Vanity Fair is not the only magazine to make headlines in recent years for surprising firsts. Rolling Stone published the first cover by a Black photographer in its over 50-year history in 2019, when Dana Scruggs photographed rap artist Travis Scott for the magazine’s January 2019 issue.

Vogue didn’t feature the work of a Black photographer on its cover until 2018, 126 years after its debut issue was published. Tyler Mitchell worked with Beyonce for the coveted September issue when he was just 23 years old, and one of the portraits from that historic photoshoot was later added to the Smithsonian’s National Portrait Gallery.