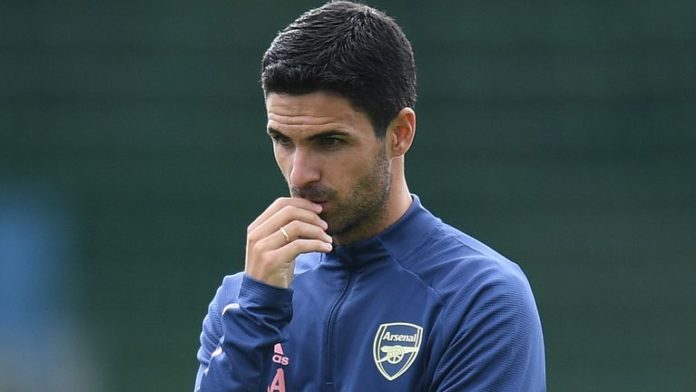 Mikel Arteta has admitted it would be a “massive blow” if Arsenal were to miss out on European football next season.

Sunday’s defeat to north London rivals Tottenham left Arsenal ninth in the table with just three games remaining, leaving their most likely path into next season’s Europa League being the FA Cup, in which they have a semi-final against Manchester City on Saturday.

Failure to qualify would see Arsenal go without European competition for the first time since the 1995-96 season, while it will be a third successive campaign without Champions League football.

“For everybody [it would be] a massive blow,” Arsenal’s head coach told Sky Sports News. “But a lot of things change and a lot of things of changing. And a lot of clubs that were always in their history in the Champions League are now not, so we are not the only ones in that situation.

“It’s never in the history of the Premier League that you had seven teams at that level competing for those places.

“These records are there to break, so it’s something that has happened, so obviously we need to know that there is a reason behind it. It’s not bad luck, it’s not one element or two elements.

“It’s a lot of things that have to be changed in order to accomplish again the level that we want for this football club.”

Having replaced Unai Emery in December, Arteta has set about transforming a club in decline, with the Spaniard promotion several young players into the first team.

While there are likely to be a number of players culled by Arteta in a summer clear out, one individual who has enhanced his reputation at the Emirates is Scotland full-back Kieran Tierney.

The 23-year-old suffered with injury problems after his arrival from Celtic last summer, but has impressed since the Premier League resumed in June.

“I’m so happy for him,” Arteta said. “It’s been a difficult period for him since he moved, just trying to adapt to a new club, a new city, with the injuries that he had.

“His effort, his energy and his willingness is paying off, and it always does long term.