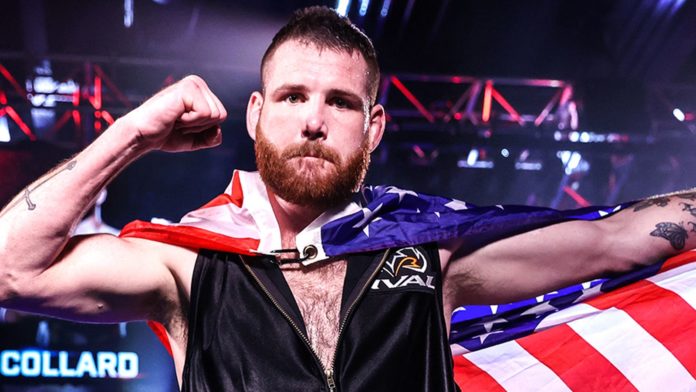 ‘Cassius’ Clay Collard floored Lorawnt-T Nelson three times and stopped him in the second round on Tuesday night in Las Vegas.

He has become one to watch himself and, in his latest fight, bludgeoned Nelson quickly.

“I showed my boxing skills in there tonight,” he said.

“I’m unorthodox, but I get the job done.

This was Collard’s first fight of 2020 where he was favoured after scoring three consecutive upset victories.

A right hand put Nelson on the canvas in the first round and spelled the beginning of the end for him.

Collard has won eight of his 13 boxing matches (a marked improvement from four out of nine prior to 2020). He has 18 wins and eight losses in MMA.