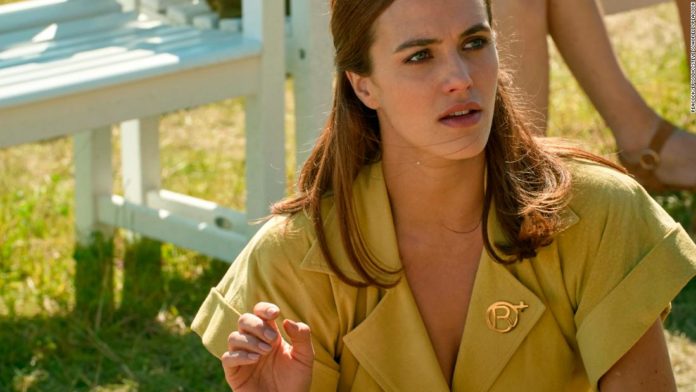 At first blush, there’s nothing to rival Disney+’s “The Mandalorian’s” for cultural buzz, although the quality is generally more impressive than the mixed bag initially presented by Apple TV+, with more fresh scripted options than HBO Max (like CNN, a unit of WarnerMedia).
Peacock already had its feathers ruffled in one serious respect, since its summer launch was designed to use NBC’s broadcast of the Summer Olympics as a springboard. With the Games sidelined by coronavirus, the venture still has access to the studio’s vast library — including Universal movies and series — but not that major live event as a tie-in.
Price-wise, the company has chosen a slightly different model, offering a free ad-supported version as well as two tiers on the customary subscription fee: $4.99 a month with ads, or $9.99 without them. Of course, that’s still no assurance people will feel obliged to ante up.
The maiden lineup includes a new movie based on the USA series “Psyche” and an unscripted program about auto racing, “Lost Speedways,” hosted by Dale Earnhardt Jr. Judged in part by its ability to stand out amid the streaming tide, the scripted fare follows in descending degree of pay-TV-worthy quality:

Easily the most ambitious of the new shows, “Brave New World” is a very premium-TV (as in lots of sex and nudity) version of Aldous Huxley’s classic novel about a utopian society that isn’t. In New London, privacy, family and monogamy are all outlawed, while the populace lives within an elaborate letter-coded caste system.
“Everyone belongs to everyone else,” says Lenina (“Downton Abbey’s” Jessica Brown Findlay), which sounds good in theory, but can be a little thorny in practice.
The carefully tended social order receives an unexpected jolt when Lenina and the higher-ranking Bernard (Harry Lloyd) travel to the Savage Lands, essentially a theme park for this future’s sheltered inhabitants to witness the beasts (that is, us) from which they evolved, and “the misery of the old world.”
In the process they meet John (“Solo: A Star Wars Story’s” Alden Ehrenreich) and his eccentric mother (Moore), and after a harrowing interlude, bring John back with them. He turns out to be a destabilizing influence, having trouble adjusting to his new life while falling hard for Lenina.
Interesting looking and provocative in its themes (updating the 1932 book for modern consumption), “Brave New World” starts out with considerable promise and doesn’t end nearly as well; still, at least the show feels big, strange and slightly different. “What if we’re not like everyone else?” Lenina asks Bernard. The ample flaws notwithstanding, it isn’t.

A slick British techno-thriller, this drama is a timely warning about the modern surveillance state, and how in an age of digital manipulation and fake-outs, you can’t always believe your own eyes.
Holliday Grainger (“The Borgias”) plays a driven detective inspector, investigating what CCTV video evidence suggests was an abduction and possible murder involving a British soldier (Callum Turner). But not everything is as it seems, as layers get peeled back on the slow-unfolding mystery.
Ron Perlman is the shadowy American somehow involved in all this, and Famke Janssen eventually turns up in what amounts to a cameo. A bit convoluted, but for aficionados of British crime drama, reasonably entertaining.
“Intelligence”
David Schwimmer is a classic fish out of water in this British comedy, created by and co-starring Nick Mohammed. He’s also the epitome of an ugly, boorish American as Jerry Bernstein, an NSA agent assigned to “liaise” with the U.K.’s Government Communications Headquarters — a cyber-security unit — only to immediately try taking over the place.
The quirky assortment of characters has a very sitcom feel to it (just the slightly dry British kind), even if the language is saltier than any U.S. broadcaster would allow. Schwimmer provides some fun as the swaggering bull in this china shop — “No way, I was expecting a guy,” he says upon meeting the female director — but can’t make “Intelligence” feel any less disposable.
Peacock officially launches on July 15.