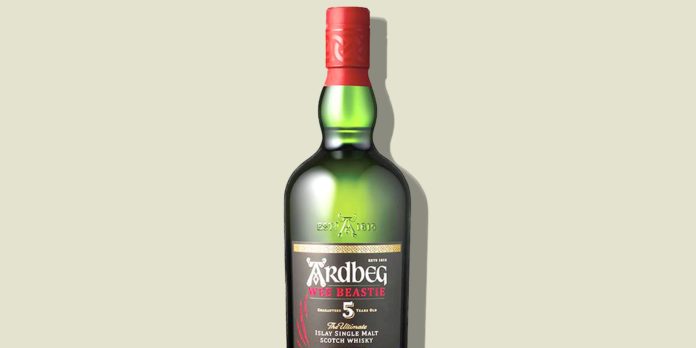 Peat is divisive. Some describe its presence in whiskey as acrid, medicinal, kind of like a tar-and-iodine smoothie. Others can’t get enough of it. So to peat or not to peat is at least a question, if not the question, when deciding what whiskey to drink.

Peat is most commonly found in the Scottish single malt scotch category, although you can detect it in whiskey from Japan, Ireland, and even here in American states like Washington and Texas. By the way, don’t listen to people who tell you that all scotch is smoky—in fact, peated whiskey represents a relatively small amount of the whiskey made in Scotland. And while there are some drinkers who like to go peat or go home, in the same way hops fanatics do in the beer world, peat can actually be a subtle flavor component that doesn’t have to dominate the palate.

So how does peat work? It’s pretty simple. Peat is an accumulation of decayed organic matter dug up from the ground that can be burned to dry out malted barley, infusing the grain with smoke and flavor that carries through the distillation process. How peaty the whiskey is depends on how long it’s been exposed to the smoke, measured in PPM (phenol parts per million); the higher the PPM, the smokier the whiskey. And the character of peat is said to depend upon the area it comes from. Peat from Islay, the Scottish island known for its peated whiskey, would bring different tasting notes to the party than peat from Washington state, for example.

There is a wide range of smoky whiskey to enjoy, from light and crisp to assertive and heavy to whiskey that delivers a big, smoky punch to the face. If you think you don’t like peated whiskey, perhaps you just haven’t tried the right one yet. Here’s a list of some recent entries into the smoky, peated category to hunt down and savor.

The Octomore series from Islay distillery Bruichladdich is known for being among the most heavily peated whisky in the world. This might sound like overkill, but the distillery manages to bring subtle flavor nuances into the mix. Yes, the whisky is assertive, strong, and smoky, but it’s no one trick pony. On the contrary, the Octomore range provides this already innovative distillery a chance to use a wide variety of cask types and maturation times to explore how the flavors are affected. 10.1 (107 PPM) was aged for five years in ex-bourbon barrels; 10.2 (96.9 PPM), a travel retail exclusive, was aged for eight years, half the time in bourbon barrels and half in Sauternes casks; 10.3 (114 PPM) is an experiment in terroir, aged for six years in bourbon barrels with the barley coming entirely from Islay farmer James Brown’s 2012 harvest; and 10.4 (88 PPM) is perhaps the most interesting of the bunch, a three-year-old whisky (the youngest Octomore ever released) aged in virgin Limousin oak.

Laphroaig is one of the best-known distilleries on Islay, and each annual Cairdeas release uses a different barrel finish or maturation period that differentiates it from the core range. The 2020 bottle, Port & Wine, has proven to be a standout. The liquid in this bottle is pretty much laid out in the name here. It’s a marriage of whisky aged in ruby port barriques with whisky aged first in bourbon barrels and finished in red wine casks, then bottled at 52.0 percent ABV (according to reps for Laphroaig, if Cairdeas is not cask strength, the last two digits of its ABV correspond to the year it’s released—2020, in this case). It’s full of deep dried fruit notes, along with a bit of salt and a touch of “warehouse must,” according to brand ambassador Simon Brookings.

Ardbeg is yet another truly excellent Islay distillery that focuses on heavily peated whisky. The newest release from this seaside outfit is also its youngest. Wee Beastie was matured for half the time that the distillery’s core 10-year-old expression spends in barrels, further proof that in whisky an older age statement doesn’t necessarily equal quality. This is a fresh and bright whisky aged in bourbon and Oloroso sherry casks, with notes of pepper, cherry, chocolate, and of course, a mouthful of smoke. This bottle is a bit cheaper than its peaty brothers, and seems to be positioned as a possible cocktail component for those looking to add some smoke to their drinks.

This whiskey is a bit of an outlier in the world of bourbon and rye. New Riff is a distillery located in Newport, Kentucky, that has only been around since 2014. Over the past few years, it’s been releasing some truly excellent bottled-in-bond whiskey, and this experimental release fits right in with those. In short, some backset (stillage left over from a prior distillation) was added to the mash (the mixture of grain, yeast, and water) from a peated barley distillation. This gives this bourbon and rye a distinctly peaty undercurrent on the palate, introducing a smoky character that is not overwhelming but certainly defining to the whiskey. A few other distilleries have made peated bourbon before, like Brooklyn’s Kings County, but it remains a relatively uncommon practice.

Dewar’s is a blended scotch that is not generally known for being particularly smoky. However, the latest addition to the family, Ilegal Smooth, defies that characterization. That’s because this 9-year-old whisky was finished in Ilegal Mezcal barrels for a period of time (both brands are owned by Bacardi, no doubt helping this partnership along). This barrel finish doesn’t put the blend on par with an assertive Islay whisky as far as smoke, but it does imbue it with wisps that complement the other strong flavors of vanilla, citrus, and caramel. Try this one in your next highball.

Westland is a Seattle distillery that is really a leader in the American single malt category. The most recent release is this fourth edition of its Cask Exchange series, this time in partnership with fellow locals Lucky Envelope brewery. Westland took some casks from the brewery that were used to age its Imperial Stout (which had previously held Westland single malt), and filled them with whiskey that had been distilled just after a peated whiskey was run through the stills. That gives the liquid a subtle but detectable smoky flavor, on top of rich layers of chocolate and apricot. If you’re looking for something that really puts the smoke in the forefront, try the distillery’s Peat Week release instead.

Texas whiskey is generally big and bold, as the extremes in temperature there (as well as the smaller barrel sizes often used by craft distilleries) augment the interaction between the whiskey and wood as it matures. The single malt whiskeys made by Andalusia are no exception, with two different smoky expressions to choose from. The first is called Revenant Oak, a peated whiskey aged for about two years in ex-bourbon barrels. The second, Stryker, is made using malted barley smoked with oak, mesquite, and apple wood—instead of peat—bringing “Texas BBQ” flavors to the mix, according to the distillery. There are also some even more intense cask strength versions of these whiskeys that are finished for six months in sherry casks to check out.

BenRiach isn’t the best known Scottish distillery to whisky fans here in the U.S., but it is one of the most interesting ones. So many different styles of whisky are produced there and aged in virtually every type of cask you can think of. And though it’s located in Speyside, not normally known for smoky whisky, BenRiach does indeed have a few peated expressions of note. These include Curiositas, a 10-year-old expression that is made using Highland peat, which the distillery says gives it sweet notes instead of the medicinal flavors of Islay. There’s also the recently released Batch 2 of its Peated Cask Strength whisky, a blend of whisky distilled from 2006 to 2008, and matured in bourbon and sherry casks before being married together. If BenRiach isn’t on your radar, it’s time to get familiar.

Raasay While We Wait

The Isle of Raasay Distillery is a newcomer to the Scottish whisky scene, having opened its doors in 2014. The inaugural single malt release is not due out until this winter, but in the meantime the distillery has been releasing versions of its While We Wait whisky, offering a look at what’s to come. The fifth and final release came out this spring, a blend of peated and unpeated whisky aged in Tuscan red wine casks made from French oak that is bottled at 46 percent ABV, with natural color and no chill filtering. It’s a lovely whisky, light on the smoke but full of notes of figs, candied apricot, and vanilla.

Shop While We Wait raasaydistillery.com

Another Islay favorite, Lagavulin has introduced several new expressions over the past few years. These include a 9-year-old Game of Thrones tie-in named after the House Lannister, a travel retail exclusive 10-year-old, and an 11-year-old collaboration with actor Nick Offerman called Offerman Edition. It seems like there are more age statements in the Lagavulin range currently than most other brands, but that just provides the opportunity to try this intensely peated single malt at various stages of maturation. The standard bearer is definitely the 16-year-old, a bonfire of a whisky that also has softer notes of vanilla and spice. For something a little different, check out the Distiller’s Edition, which is finished in PX sherry casks to give it some nice hits of dried fruit and cherry syrup.

Caol Ila is Gaelic for the “Sound of Islay,” where the distillery is located. There’s a bit of salinity and, naturally, a healthy dose of smoke in the peated whiskies from this distillery, which range from the lightly colored but rich in flavor 12-year-old expression (which has only been around since 2002), to the much more intense and expensive 25-year-old. Caol Ila isn’t the best known single malt in the Diageo portfolio, maybe due to the fact that much of the whisky produced there is used for popular blends like Johnnie Walker. But fans of peated whisky should definitely explore its offerings to further expand their knowledge of the Islay category.

Compass Box is celebrating two decades in the business of sourcing and blending scotch whisky this year. One standout on the peated side of the flavor profile is appropriately called The Peat Monster, a blend of whisky from Caol Ila and Laphroaig, with just a splash from an unnamed Highlands distillery thrown in as well. The brand’s “whiskymakers” (the preferred title of the Compass Box team) are continuing to hunt down and even mature their own whisky from various distilleries to go into their already impressive core range and limited releases. But there is much more on the way in the coming months, including a whisky called Magic Cask that is due out in 2021.

How to check your Mac’s temperature and keep it cool