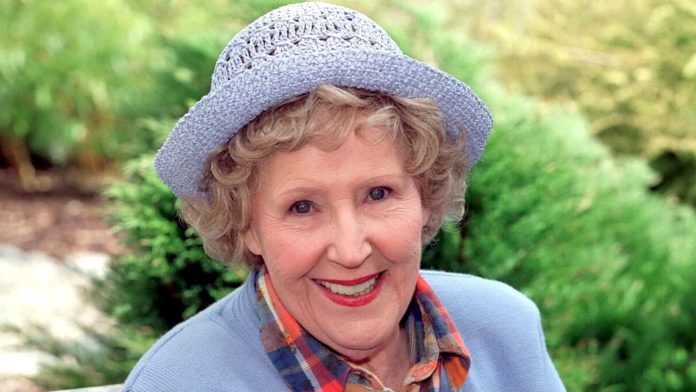 The soap star was known for her role as Betty Eagleton, who she played for 21 years on the ITV programme.

Her death came to light when The Stage published her obituary on Wednesday.

It said Tilbrook, who joined the show in 1994 and left in 2015, died seven months ago from natural causes on 1 December.

In a statement, Emmerdale said: “The family of Paula Tilbrook are sad to confirm the peaceful passing of their beloved Paula.

“She died of natural causes a few months ago at home with her loved ones beside her. The family respectfully requests privacy at this difficult time.”

Tilbrook, who was born in Salford, Lancashire, made her television debut in 1969 in Jack Rosenthal’s sitcom The Dustbinmen and variety show Ken Dodd and the Diddymen.

She made a series of appearances in Coronation Street in 1973 as well as Last of the Summer Wine and Brookside in the 1980s.

A spokeswoman for ITV said: “We are saddened to hear of the passing of our much loved colleague, Paula Tilbrook.

“Paula was at the heart of Emmerdale for many years and she will be greatly missed by all who worked with her and by the fans of her character, Betty.

“We have lost a great talent and a wonderful friend but she will forever live in the memories of those lucky enough to have known her.”