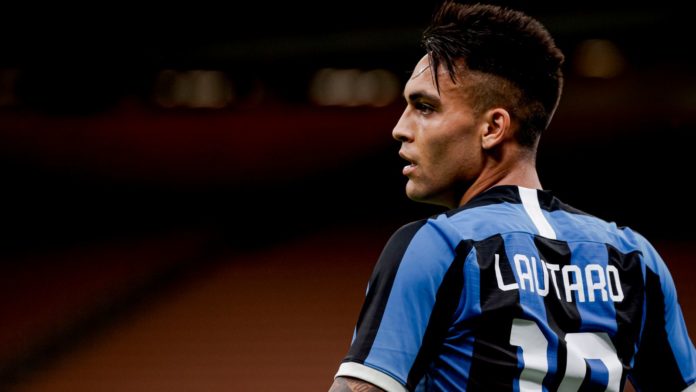 Martinez refusing to extend his contract at Inter; Koulibaly and Alaba potential targets for City

Manchester City expect to be busy in the summer transfer window and have earmarked Inter Milan striker Lautaro Martinez as a potential long-term replacement for Sergio Aguero.

Sky Sports News reported earlier this summer that the Argentina striker is Barcelona’s top target but City are known admirers of the 22-year-old, who is refusing to extend his present contract at San Siro.

City see Martinez, who has scored 18 goals in 39 games for Inter this season, as a potential long-term successor to his compatriot Aguero and will be better placed than Barcelona to pay the striker’s £98.5m release clause.

While the transfer window opens in less than a fortnight, arguably the most important contract talks this summer will be with manager Pep Guardiola, who has entered the final year of his reported £20m-a-year deal.

City believe the lifting of their European ban will be a game-changer as they finalise an offer to Guardiola, who, to date, has made no suggestion he wishes to leave City.

Behind the scenes, City feel the former Barca and Bayern Munich boss is the key component in their efforts to regain their Premier League crown and land the Champions League title for the first time.

City will not put a figure on how much they are willing to spend in order to achieve those goals but they expect to be busier than in recent windows this summer.

It is well known that they need defensive reinforcements, notably a centre-back and left back.

They realise Kalidou Koulibaly is the most sought-after central defender in the world right now after Napoli made it clear they would make him available if they finalise a £70m deal for Lille forward Victor Osimhen.

For now City are yet to make significant progress in signing the Senegal international, 29, who would be expected to cost around £70m.

Despite having won their legal battle with UEFA, City are aware that a Premier League investigation is still ongoing – and will not want to appear to be splashing the cash in the summer market.

However, on Tuesday Sky in Germany reported that City were keen on Bayern Munich’s David Alaba.

There are concerns at the Etihad, however, that Alaba would prefer a move to Spain.

The versatile Austrian international, who is under contract until 2021, has been stalling on signing a new deal and is expected to move this summer.

Chelsea are also understood to be keen, but Sky in Germany have suggested that a switch to Stamford Bridge is less likely at present.

Barcelona is one possible destination for Alaba, but financial constraints mean the Catalan club could wait until next summer when the 28-year-old may be available on a free transfer.