Home Sport McIlroy: Tough to focus with no fans 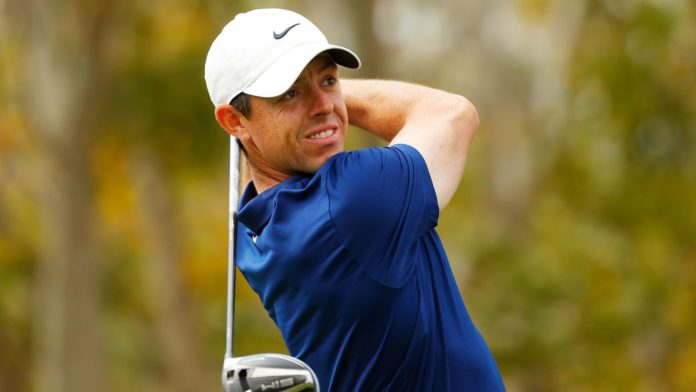 Rory McIlroy admits he found it “easy to lose focus” with no spectators in attendance for his first three starts since competitive golf resumed last month.

McIlroy has been plagued by inconsistency and did not manage a top-10 finish in any of the first three post-shutdown PGA Tour events, and he missed the energy from the galleries as he struggled to get into the required mindset for tournament golf.

But he hopes to put that right as he takes on the strongest field of the resumption so far at The Memorial Tournament this week, where he will play with Tiger Woods and Brooks Koepka for the opening two rounds, live on Sky Sports Golf.

“I haven’t necessarily been in contention the last few times that we’ve played without fans, but if anything I’ve realised personally that it’s very hard for me to keep focus out here,” said McIlroy, who is refreshed after a couple of weeks off, during which he has been reunited with long-time swing coach, Michael Bannan.

“I feel like when there’s fans and there’s that energy and the atmosphere, it’s easy to get into that mindset that you need to get into, right, like that’s what we’re used to, that’s what we do.

Sky Sports Golf are offering Sky VIP customers the chance to be part of the virtual golf crowd when the European Tour returns later this month. Join Sky VIP and enter on the My Sky app by July 19th.

“But when you don’t have that, I felt the first three weeks my mind was wandering a little bit. It was easy to lose focus, easy to lose concentration, and I think some of the mistakes I was making were because of that. It could go both ways, but I think fans or no fans, if you’re in with a chance to win a tournament, I think you’re going to feel it regardless.

“The first three weeks that I played, Colonial, Hilton Head, Travelers, looking back on them, they were three really good weeks just to get a feel for what it was going to be like, and now someone like Tiger hasn’t experienced that yet.

“Maybe he’s going to find it a little weird going out there here and not having anyone, especially with the amount of crowds that he has to deal with all the time when he plays. So it was a good look at what we were all going to expect going forward.

“I think you just have to work really hard to keep your mind on the task at hand and not let your mind wander because there’s so many opportunities for it to wander because we’re in big, open spaces and you’re looking around, and you don’t have that sort of tunnel of people to keep your focus.”

McIlroy feels it was a shame the “compelling” play-off between Collin Morikawa and Justin Thomas at Muirfield Village last week was played out in relative silence, particularly on the first extra hole when Thomas holed a 50-foot putt for birdie only for his opponent to follow him in from around 25 feet to extend the contest.

“You think of the commotion that would have been happening around that 18th green had there have been fans there. It probably would have taken Collin an extra two or three or four minutes to hit that putt just to let everyone settle down, so I think that there was no fans there definitely made that easier, and I’m sure Collin would tell you the exact same thing.

“So there are just the little nuances that are happening with no fans and especially when you have guys in contention like that. I definitely think that putt that Collin had to make on top of Justin was a little easier because he didn’t have to deal with 10,000 people around the green having to settle down again.”