Home Sport Vunipola: England the key behind staying at Saracens 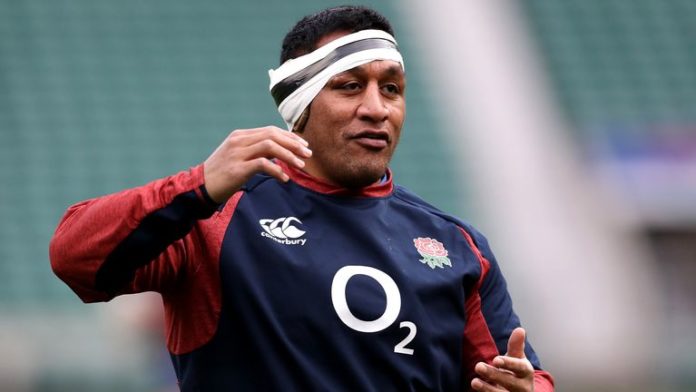 “I still want to play for England, and to do that I have to be in England. That was key for me really”

Mako Vunipola says the opportunity to continue playing for England was a major reason behind his decision to stay at Saracens.

The loosehead prop joined brother Billy in signing a new contract with the reigning Premiership champions, who drop into the Championship next season after being automatically relegated for breaching salary cap rules.

With this season and next impacted by the coronavirus pandemic, Vunipola believes a less strenuous schedule will boost his England chances and possibly see him selected for a third Lions tour.

The 29-year-old told Sky Sports News: “At this stage of my career, I still want to play for England, and to do that I have to be in England. That was key for me really.

“Where I am as well, I’m not ready to move my young family. It’s unfair on them to just upheave everything, whether it’s for a year or however long. It made the decision easier.

“Also the situation we’re in with Covid; I don’t know what the schedule is going to be like next year but I understand there is a lot of games that have to be played in a short amount of time.

“I’m not a young pup anymore where I can be playing two games in a week. Fingers crossed I’m able to look after the body a little bit more next year and try to improve other things.”

Vunipola spoke to Eddie Jones before reaching his decision but did not seek any selection guarantees from the England head coach.

“I spoke to him, told him about my decision to stay and he said, ‘you guys do what you need to do for yourselves’,” Vunipola said.

“As a player I’d like to think I have, not credit in the bank, but he understands what I can give the team.

“I’m hoping that will help me but no, I’ve not been assured of anything.”

Vunipola hopes playing a few games in the Championship to boost his match fitness, coupled with training with England, will ensure he reaches Test match intensity while also helping Saracens secure an immediate return to the Premiership.

Elliot Daly has joined Vunipola in signing a new contract but the latter is unsure whether fellow England team-mates Maro Itoje and Owen Farrell will follow suit.

“As team-mates and friends you want them to stick around but it’s completely dependent on their situation, what they want and need,” said Vunipola.

“I’ll be selfish and say I’d love them to stick around, they’re two world-class players. Not only will having them around help you in games, it’s also in the day-to-day environment where they can help raise your game by seeing how they constantly strive to improve.

“You’d like to think they’ll stay with the club.

“Elliot staying is great for us. Him coming in has been a seamless transition, it feels like he’s been there for years.”

‘The Lions is magical’

The British and Irish Lions’ tour to South Africa next summer is to go ahead as scheduled, with all three Tests and five warm-up matches shown exclusively live on Sky Sports.

Having played a key role in the 2013 series win in Australia and the draw in New Zealand four years later, Vunipola is hoping he will be involved against the world champions.

“It’s magical, I’d like to experience that again,” he said. “Hopefully I’ll be in contention next year.

“Is it a big goal? Definitely. I’ve been involved before, I loved both tours. There’s a different feel to it compared to an international tour. You’re in around the best players in Europe and not only do you learn off them, you make friends for life.

“Those memories you make are special. I’d love another opportunity to go on another tour but I understand there’s a lot of work before that.”