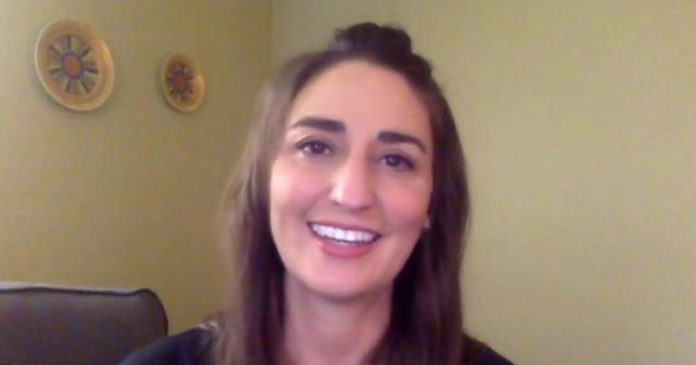 Cordero was in the original Broadway cast of “Waitress,” which was written by Bareilles.

“When we talk about Nick amongst friends in our community, no one has anything negative to say about him. He was deeply kind, really, really talented, loving, funny, buoyant personality, and just a real — a kind man,” she said on “CBS This Morning” Wednesday. “My heart breaks for his wife and son, Amanda and Elvis, but we will honor his memory.”

She added that she is “so grateful” she knew him.

“His story has galvanized this beautiful outpouring of love and support and hope in community, so that’s at least a good thing,” she said.

Bareilles, who is the executive producer of a new show for Apple TV+ called “Little Voice,” said she has been experiencing “anxiety spikes” during the coronavirus pandemic. Asked how she is dealing with her anxiety, she said, “not well.”

“Every day is different. I haven’t had sort of anxiety spikes like this since I was in my early 20s, and so it’s a strange thing to return to territory like that,” she said. “I cope with a lot of therapy and meditation, and I think really just coming back to the fact that we are in times that we could not have prepared for. So, I’m trying to just be a good student right now and kind of learn how to cope day-to-day. I’m getting better than I was, but it’s not a straight line for sure.”

Bareilles also learned new skills working on “Little Voice,” which is partly inspired by her early career in the music industry.

“This was so deeply challenging in ways that I was not prepared for, and I think it has to do with just the pace of television. There’s such an incredible volume of material to create and to produce that, you know, the technical sides, the logistics of getting a production shoot up and running,” she said. “Thank God we had wonderful people working with us, but I really wasn’t, you know, aware of the magnitude of trying to get something like this off the ground.”

The theme song for “Little Voice” is a song that Bareilles wrote 15 years ago, but never released.

“I was trying to write something and just really couldn’t quite crack the code and remembered that this song has been lying dormant for 15 years,” Bareilles said. “It feels like the song has just (been) waiting all these years to find a home, I guess.”

A theme in the show is self-doubt, something she struggled with herself.

“It becomes really clear how fixated I was on everyone else’s opinions very early on. I still struggle with that. But, you know, as a young artist, you’re really looking for validation outside yourself to keep getting permission to sort of show up as you are,” she said.

Bareilles, who was starring in “Waitress” in London when the coronavirus shut theaters down, said she is “desperate” to return to a sense of normalcy.

“We’ve learned what a flimsy surrogate the screens are for being in a room with each other. I miss people so much,” she said. “I think the appetite for theater will be through the roof, and I think, you know, hopefully we’ll just be able to do the work we need to do while we have this time and prepare for how to make it safe and inclusive.”