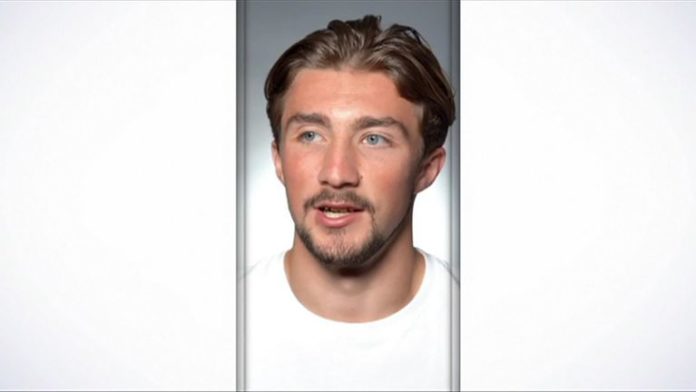 British Gymnastics: “All athletes regardless of funding or any other factor are further provided with mental health support which is open to all and we have fully supported every request for such access. We will make further contact with Sam so he can share his concerns”

Sam Oldham says he felt like British Gymnastics turned its back on him when he made a plea for help during a psychiatric evaluation.

British Gymnastics has told Sky Sports News in a statement it provided “extensive support to Sam throughout his time on the world class programme and extended this for six months after he exited the programme.” It added it would get in touch with the former GB gymnast to allow him to share his concerns further.

The sport’s governing body launched an independent review last week after allegations from a number of athletes – including Olympians and elite competitors – who claimed the sport is riddled with cases of physical and emotional abuse. British Gymnastics has since appealed to all athletes to report abuse to its integrity unit.

In a video posted on Instagram, London 2012 bronze medallist Oldham – who has spoken openly in the past about suffering from depression, anxiety and mental health issues – said there is something wrong with the culture within elite-level gymnastics, adding it needs to change.

The former Sky Sports scholar opened up on a particularly difficult two-year period in the sport leading up to 2018, when he said he felt unable to express his feelings in what he described as a “man up” culture in male gymnastics.

Oldham was struggling with injuries and kept rushing back in a bid to to preserve his gymnastics career, which was hanging in the balance if he was unable to deliver the goods at the 2019 British Championships.

“I think it’s important I share my story,” he said in the video.

“At the beginning of each year we have profiling, including, medical profiling and a psych evaluation.

“I said to the sports psychologist during the evaluation ‘I think I need help, I am not doing very well, I am struggling and I think talking to someone would make a big difference to me right now.

“They said ‘okay, we’ll go back and talk to BG (British Gymnastics)’. And the answer that came back through the sports side from BG was right now we are only helping the top five or six guys in the team so we can’t help you out.

“Now for me in that situation, I had this result I had to hit in three-and-a-half month’s time and I had to get myself in this mindset of ‘you’re on your own now’.

“And if you don’t pull this off and get this result, it’s your fault because you have not been training very well. And if you do well you might get this help.

“Of course I look back on that now and know that was wrong – and six months later I found myself in a real big hole, not understanding what I was going through and I ended up in therapy. That could have been prevented.

“Anybody should be able to ask for help regardless of whether you are the best guy on the team or whether you or you’re the guy that has just come up and just made it onto the team. So, for me, that needs to change.”

In a statement to Sky Sports News, British Gymnastics said: “We provided extensive support to Sam throughout his time on the world class programme and extended this for six months after he exited the programme.

“All athletes regardless of funding or any other factor are further provided with mental health support which is open to all and we have fully supported every request for such access.

“We will make further contact with Sam so he can share his concerns and we will work together to see how we might be able to provide even better support for all gymnasts going forward.”