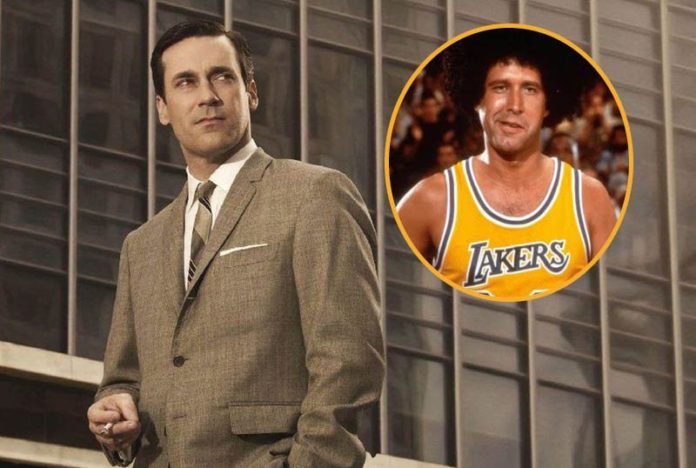 It’s been over five years since we last heard that Jason Sudeikis (Booksmart) was set to take on the iconic role of Irwin “Fletch” Fletcher in a reboot of the Chevy Chase-led franchise at Warner Bros. and now The Hollywood Reporter brings word that Jon Hamm (Tag) has signed on for the titular role at Miramax!

Based on the Gregory Mcdonald novels of similar name, Hamm is set to star as I.M. Fletcher, the quick-witted investigative reporter previously portrayed by Chase in the 1985 cult classic neo-noir comedy and its poorly-received 1989 sequel. The new film is set to be penned by Zev Borow (Chuck) and helmed by Greg Mottola, best-known for directing Superbad and Paul and previously having worked with Hamm on Clear History and Keeping Up With the Joneses.

“Fletch’s duration over audiences- whether told on paper or the big screen- entertains all and we could not be more thrilled to see what twenty-first century twist these artists create,” Miramax CEO Bill Block said in a statement.

Though some plot details are currently being kept under wraps, the story for the film will be based on the second book in the series, Confess, and will see Fletch caught in the middle of multiple murders and must prove his innocence while also finding his fiancée’s stolen art collection, which was an inheritance from her father who is missing and presumed dead.

The reboot will be produced by Hamm alongside manager and producer Connie Taval, with David List also attached to the project as executive producer. The rights to the Mcdonald character has been passed around Hollywood for nearly 30 years now, with Kevin Smith being attached from 2000-05 to write and direct for Universal Pictures before leaving over creative differences regarding casting, followed by Scrubs creator Bill Lawrence in 2006 in what was supposed to be his directorial debut with Zach Braff starring, though both eventually left. While Steve Pink (Hot Tub Time Machine) was briefly attached following Lawrence’s departure, nothing would come of it until 2014, when a script from List attracted the attention of Sudeikis to star for Warner Bros., but it would eventually fall into development hell.