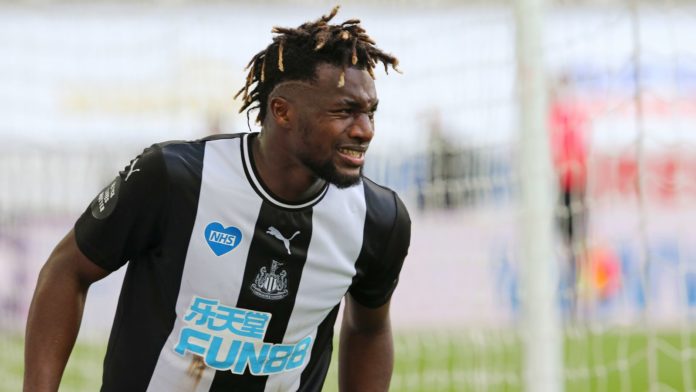 Newcastle manager Steve Bruce could be without two more key players after Fabian Schar and Allan Saint-Maximin suffered injuries in the 3-1 home defeat to Tottenham.

Defender Schar was taken to hospital with a suspected dislocated shoulder, while winger Saint-Maximin injured his calf in the defeat at St James’ Park.

The fresh injury blows come just the day after captain Jamaal Lascelles had an ankle operation.

Striker Andy Carroll is struggling with a groin injury, while Sean Longstaff and Isaac Hayden also had to sit the game out as Bruce’s injury list continues to grow.

Speaking after the game, Bruce said: “With the turnaround being so quick we have to look at being ready for next season. Fabian Schär has dislocated his shoulder and Jamaal Lascelles had an operation on his ankle yesterday.

“To have eight or nine people missing is awful. We don’t want to put a timescale on Jamaal’s injury but you’d think with any ankle injury would be six to eight weeks at least.

“We’ll have to monitor him. Saint-Maximin has injured his calf, so that’s a problem too.”

Newcastle’s defeat was their third in a row and they will now look to get back on track against Brighton on Monday – live on Sky Sports.