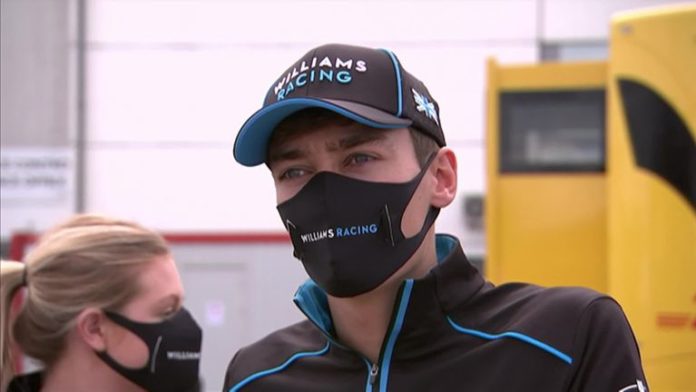 George Russell will stay alongside Nicholas Latifi in an unchaged Williams line-up for 2021 – in a further sign that Valtteri Bottas is staying at Mercedes.

Russell always had a Williams contract for 2021 but Mercedes, who oversee the Englishman’s career, could have come calling had they opted to make a change to their line-up for next season.

But with Bottas expected to stay at F1’s world champions, and Lewis Hamilton long expected to sign a new contract, Russell will continue at Williams for a third conseuctive season.

Looking forward to seeing these two continuing to do their stuff with the team next year 👊#HungarianGP 🇭🇺 | #WeAreWilliams 💙 pic.twitter.com/gXzfhgjKEB

“I have no hard feelings or anything towards Mercedes, there’s nothing more they can do,” Russell told Sky F1 ahead of the Hungarian GP.

“Ultimately, I had a contract with Williams, Claire [Williams, deputy team principal] was very firm in her standpoint that she’s not ready to let me go and I have to respect her decision.

“I’m still young, I’m still a Mercedes driver and I’ll be going out there [Budapest] to build off last year, to build off the first few races and continue to try and show what I can do.”

Latifi made his F1 debut a fortnight ago, having been promoted from a reverse role at the team for this season.

Williams are the fourth team to confirm their full line-up for 2021.