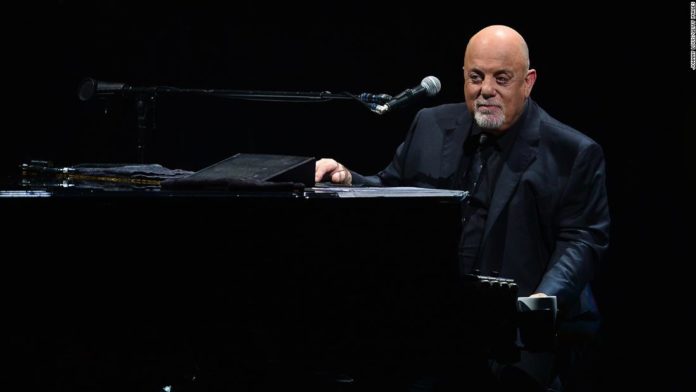 Video of the superstar musician playing a discarded piano on a sidewalk on Long Island, New York, has been making the rounds.
A rep for Joel confirmed to CNN it indeed is the Piano Man in the video, but did not offer comment.
The 71-year-old performer was captured on what appears to be a cell phone camera, playing a Ragtime-type tune on the piano out near the street.
He’s seen wearing a motorcycle helmet and, according to Newsday, he was on a motorcycle ride when he noticed the piano on the curb in the community of Huntington.
“Not bad. The action is good,” Joel can be heard saying in the video after tickling the ivories. “It just needs tuning. And the finish is beat. It’s a perfectly good piano.”
“It’s a shame to throw it out,” he adds.
Joel suggests donating the piano to the Society of St. Vincent de Paul thrift store, and someone off camera can be heard saying there’s a thrift store nearby.
“They’d probably take it,” Joel says as he continues to examine and play notes on the piano.
The YouTube video is dated as having been uploaded on June 26. There’s no word on the fate of the piano.