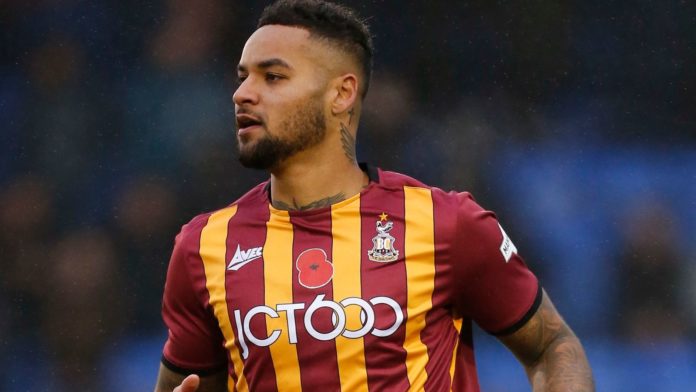 West Midlands Police: “The driver was detained while officers carried out a search of the car. Nothing was found in the car and it’s now thought that the number plates, which sparked the suspicion, are cloned”

Bradford City are supporting Ben Richards-Everton in seeking legal recourse after footage emerged of the defender being stopped and handcuffed by police.

The force have since released a statement, saying the player’s vehicle “flagged up with warning markers for drugs and firearms”. West Midlands Police released Richards-Everton with no further action after the search, and said they suspected the number plates on his car may have been cloned.

Richards-Everton was filmed on a mobile phone by someone he appeared to know as he was being handcuffed after being stopped.

The 28-year-old was seen in the video saying: “With what is going on right now – and you are doing this to me? When I’m fully legal. What, ’cause I have a nice car?”

He then turned to another police officer and said: “You pointing a Taser at me?”

The officer replied: “I didn’t point it at you.”

Richards-Everton continued to remonstrate with the police officers in the remainder of the short video clip.

The League Two club said in a statement: “Bradford City is aware of an incident involving defender Ben Richards-Everton, which recently occurred in the West Midlands.

“The incident caused our player serious alarm and distress, and, having reviewed all of the evidence made available to us, we have instructed our specialist legal partners to take the matter further – on his behalf.

“We support our player’s judgement in making the matter public, as he saw fit, and would like to take this opportunity to thank our partners, Opus Law, for handling the matter.

“As the situation is now being dealt with legally, the club will be making no further comment at this time.”

A West Midlands Police statement read: “Officers on patrol in Sutton Coldfield spotted a car which flagged up with warning markers for drugs and firearms.

“The car parked up and officers approached the driver in Walmsley Road just after 6pm on 24 June.

“The driver was detained while officers carried out a search of the car.

“Nothing was found in the car and it’s now thought that the number plates, which sparked the suspicion, are cloned.

“The man was advised of the reason for the search and he was released with no further action.

“Given the intelligence around potential firearms one of the officers drew a Taser. It was put away shortly after without being used.”