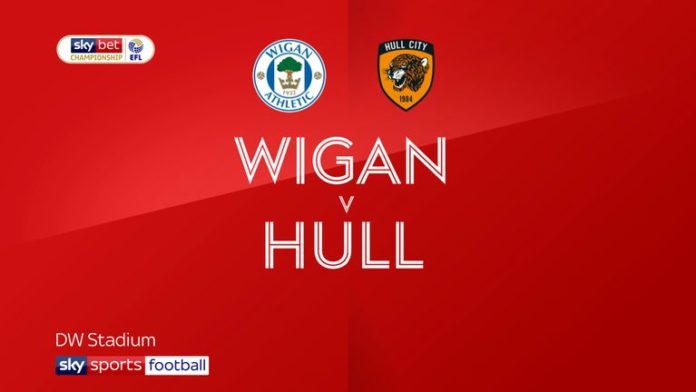 “There will be players who go on to big things, play at a higher level, and that’s all great. But if we can survive this season, this will be one of the best accomplishments of our footballing careers”

Wigan captain Sam Morsy says the players are determined to ensure they stay in the Sky Bet Championship, despite being given a 12-point deduction for going into administration.

The club have appealed the points deduction, which will only be taken off at the end of the season.

But having recovered from the initial shock of entering administration, Morsy says the players have rallied round to ensure they secure enough points to guarantee they stay in the division, even if the Latics lose their appeal and the 12-point deduction is levied.

“The advantage we had when the news came out was that we only had two or three weeks left of the season,” Morsy told Sky Sports News.

“For two or three weeks you can focus and put all the other things to the side. If it was three months, it would be very difficult.

“Not getting paid for three months and all the speculation, that could definitely turn your head. But for the sake of three weeks, we all said, ‘listen, let’s sacrifice three weeks’.

“Obviously, agents would be involved and players could be leaving. But the situation we have now, with just a week left of the season, you can fully clear your mind of that, you can do something special.

“There will be players who go on to big things, play at a higher level, and that’s all great. But if we can survive this season, this will be one of the best accomplishments of our footballing careers.”

That sense of togetherness and commitment was very much in evidence on Tuesday when Wigan thrashed strugglers Hull 8-0 at the DW Stadium.

Despite Hull’s poor run of form in 2020 that has seen them drop into the relegation places, Morsy insists they were not expecting to have it so easy against the Tigers.

“We didn’t expect it. I woke up on the morning of the game thinking it was going to be a cagey affair,” he added.

“They are a good team, even though they’re not in great form. It wasn’t a game where we thought it was going to be a pasting.

“We were just at it and everything seemed to go in and that’s just the confidence we’re playing with at the minute.”

Wigan go into Saturday’s game at 21st-placed Charlton 12 points clear of the relegation places, but with a far superior goal-difference to the other teams involved in the battle for survival.

Championship clubs will meet next week to determine the next steps for the introduction of an £18m salary cap.

Morsy admits the points cushion has given them a psychological boost ahead of the final two matches of the season, with the trip to The Valley followed by the visit of Fulham on Wednesday night.

“Beating Stoke 3-0, another relegation rival and a really good team, that evening the lads were ecstatic,” he said.

“That win probably would have kept us safe and then in the morning to be told that we were in administration, that was obviously a huge shock. The first few days there was a mental draining of energy, but the players have been so upbeat.

“We spoke among ourselves and said, ‘it’s about us now, can we do something special’. Let’s start the next game, let’s beat QPR, and then we’ve got a chance.

“It’s just been one step at a time but the lads have been really positive.”