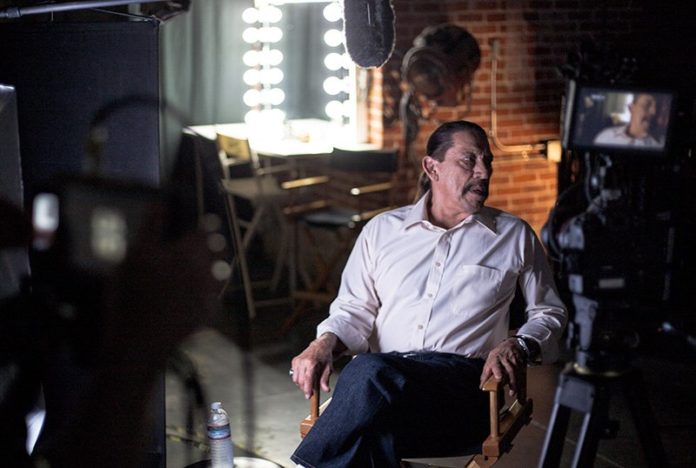 ComingSoon.net has an exclusive clip from the new documentary Inmate #1: The Rise of Danny Trejo, featuring the Hollywood fan-favorite diving into how his career went from 0 to 100 almost immediately and his state of the art acting training at “San Quentin Drama Arts.” You can check out the clip below and order your copy of the documentary here!

From a life of hard drugs and armed robberies to Hollywood red carpets and mentoring addicts, this is the telling of one of the most radical and uplifting transformation stories of human character ever put to film.

With a host of celebrity interviews, never-before-seen footage and personal testimony from Trejo and his closest family and friends, audiences will witness the birth of a Hollywood icon who became a symbol of hope to the people he grew up with and fans around the world. After 46 years of sobriety, he never forgets his roots and is genuinely happy to pay it forward every single day. Trejo has made it his personal mission and debt to society to give back to Chicano communities in Los Angeles through his volunteer work donating food via his iconic Los Angeles based restaurants, buying toys for local children, motivational speaking in prisons, working with animal shelters and being a source of consistent support for those in the neighborhood he was raised in.

Directed by award-winning filmmaker, Brett Harvey (Ice Guardians), Inmate #1: The Rise of Danny Trejo is the shocking story of one man’s capacity to overcome his demons and discover redemption through the most unlikely of journeys.