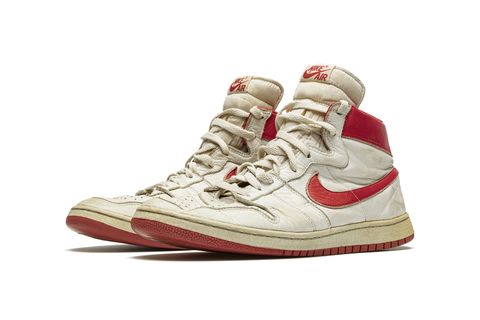 Earlier last month, Sotheby’s, the storied broker of stratospherically-priced art pieces, played host to an auction that would’ve once been considered an anomaly. The item up for bidding? An early prototype of Nike’s famous waffle spike shoes, designed by company co-founder Bill Bowerman himself. The final sale price? A cool $162,500, well above the range the auction house initially anticipated in early press releases.

If you’re a fine-art collector blanching at the idea of a beat-up pair of shoes selling for about as much as, say, a lesser-known Degas print, you might want to sit down. Because the thoroughly worn-in Nikes aren’t even the biggest news out of the world of ultra-rare sneakers this summer—not by a long shot. The month before Bowerman’s specially designed pair made headlines, some Air Jordan 1s MJ himself wore during a game in his 1985 rookie season went for more than half a million dollars at auction, immediately setting a record for the most expensive sneakers ever sold.

And now Christie’s—the British auction house established in 1766 (!)—is looking to get in on the action, of a newfangled partnership with modern-day rare-sneaker mecca Stadium Goods. (For those keeping track at home, Stadium Goods had previously partnered with Christie’s’ sworn arch-rival Sotheby’s to auction off 100 super-rare kicks in 2019; the intrigue builds!) Yet another batch of shoes are set to hit the virtual auction block starting at the end of this month, and boy, this one’s a doozy. 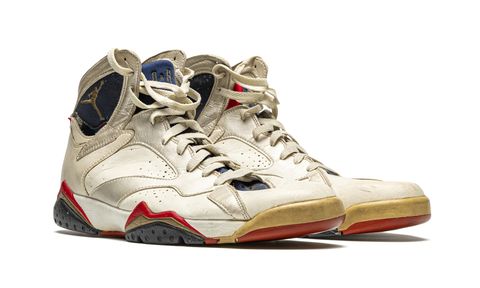 What Christie’s is calling Original Air: Michael Jordan Game-Worn and Player Exclusive Rarities, encompasses a total of 11 lots including a pair of game-worn, player-exclusive Air Ships (the proto-AJ1, if you will) MJ rocked in 1984; game-worn AJ7s from His Airness’ historic turn as the de facto leader of the 1992 Olympic Dream Team; practice-worn 14s; and a whole host of other rare items Christie’s anticipates will sell for anywhere in the range of a used luxury sedan to a brand-spanking-new supercar. 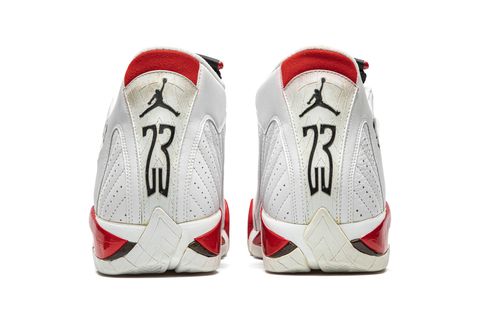 The 1998 Air Jordan 14, worn by the man himself during practice.

The full variety of Jordan-related styles will be available to view on Christie’s site starting July 23, while the online-only auction will run from July 30 to August 13. A portion of the proceeds from one of the top lots will be donated to the NAACP Legal Defense Fund.

And if you happen to be in the area, Christie’s is also staging an appointment-only public exhibition at its New York gallery during the same period, so you can ogle the goods up close before you contemplate risking it all and placing that bid. Shooters shoot, right?