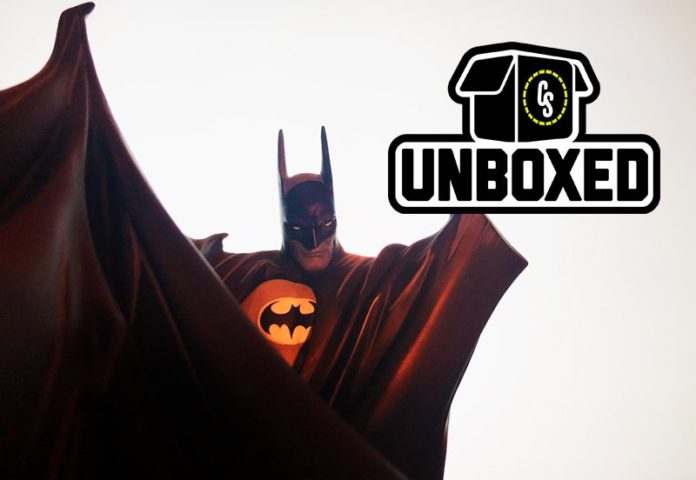 Welcome to the latest installment of CS Unboxed — our series of premium collectible unboxing videos — in which DC Direct has provided ComingSoon.net with the chance to unbox the new Batman Black & White By Todd McFarlane Deluxe Statue. Check out our review of this magnificent statue in the video below!

While the run of 5000 has already pre-sold out, there are still several ways to purchase…

You can click here to buy off of Amazon!

Or you can be added to the Sideshow Collectibles waitlist!

Or you can pre-order from the second run (2.0) due out in November!

After 15 years of celebrating diverse Batman art styles through the Batman Black & White statue line, DC Collectibles is proud to present its 100th statue in the collection, by acclaimed writer and artist Todd McFarlane. This milestone statue is based off of McFarlane’s cover for BATMAN #423. As with the previous 99 statues in the series, McFarlane’s design reinforces the core value of DC Collectibles’ Batman Black & White line: to represent the printed page in 3-D form.

The BATMAN BLACK & WHITE line brings to life interpretations of the World’s Greatest Detective and select Gotham City characters from the comics industry’s brightest stars. This statue was designed by Todd McFarlane, sculpted by Jonathan Matthews with art direction by Jim Fletcher and paint by Gentle Giant.

What do you think of the Batman Black & White By Todd McFarlane Deluxe Statue? Let us know in the comments below!