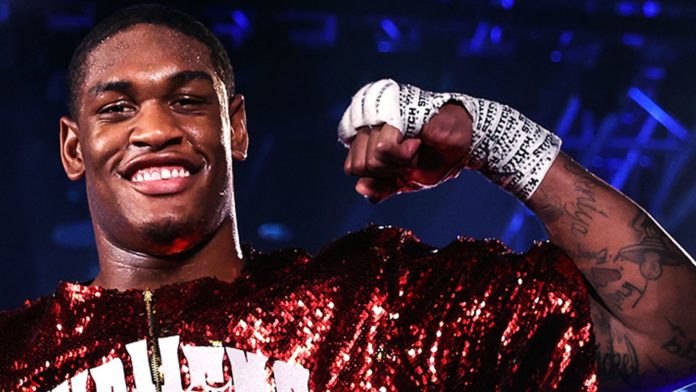 Jared Anderson knocked out Hector Perez in the first round of their heavyweight fight in Las Vegas on Thursday night.

Anderson was an instrumental part of Tyson Fury’s preparation to defeat Deontay Wilder, acting as a sparring partner to replicate the former WBC champion.

Since then he has registered two stoppage victories, bringing his record to 5-0 with four of them ended within a round.

The prospect from Ohio said: “That was too quick! I got him out of there and implemented what I’ve been working on in the gym.

“I want to return as soon as possible. I leave that in the hands of my promoter, but when they give me a date, I’ll be ready.

“It doesn’t matter who they put in front of me. Any of these guys who have fought in the ‘Bubble’, I’ll fight them.”

Anderson, nicknamed ‘The Real Big Baby’, previously told Sky Sports about sparring with Fury: “He made me think a lot, it was a chess match, tit for tat.

“If you can hit me, then you’ve got some speed and technique.

“That’s our biggest point. I’m shorter, hard to hit, a little faster. That was the point made after our first sparring session.

“He knew that if he could hit me, he could definitely hit Wilder.”