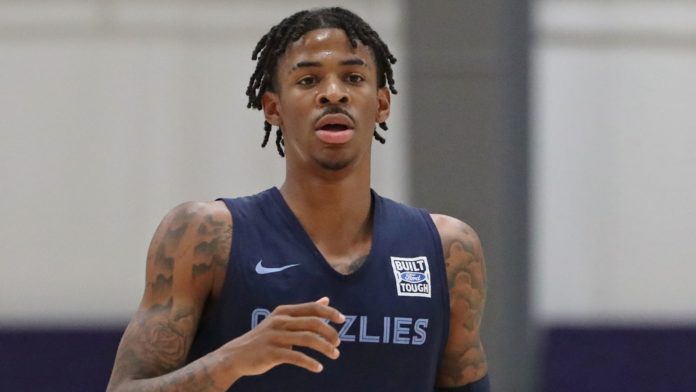 The Dallas Mavericks, Memphis Grizzlies and the rest of the West’s lower seeds have a great opportunity to make a run to the Conference Finals in the Orlando bubble, says Inside the NBA analyst Kenny Smith.

The 2019-20 season resumes on July 30 at the ESPN Wide World of Sports complex near Orlando, Florida with two weeks of ‘seeding’ games before the playoffs commence on August 17.

Smith believes the unique ‘bubble’ environment at Disney will level the playing to a degree for the lower-seeded teams who make the Western Conference playoffs.

“One of the team’s ranked fifth to ninth [at the end of the seeding games] will reach the Western Conference Finals,” said Smith, when asked by Inside the NBA host Ernie Johnson to make a bold prediction.

“The thing that separates championship teams is experience playing on the road. [In the bubble], inexperience playing on the road [is not an issue]. You don’t have to worry about playing at Staples Center in a Game 6, travelling in there in a hostile environment and worrying about it being a close-out game. [The teams seeded five to nine] don’t have that anxiety [they would normally have in the playoffs].

“This is an ‘AAU’ setting, it’s almost ‘travel-ball’. When you finish your game, you walk back in your uniforms back to the hotel together. You are not hearing any noise. You are just coming in and playing. The nerves, the anxiety is gone for those lower seeds, the young inexperienced teams.”

“When you have homecourt advantage, your confidence level is higher. [In the bubble], the higher seeds must change their [level of] respect for the lower seeds,” the former MVP and four-time NBA champion said.

“The Lakers and Clippers will play the way they play but the gap to the other teams closes because [traditional] playoff experience is not needed. The lower seeds are teams that have something to prove and they will be playing much harder than the higher seeds.

“It is going to be a different mentality. I agree with Kenny that the teams ranked fifth-to-ninth could advance to the Western Conference Finals.”

“I don’t know if I could do it,” he said. “I needed the crowd. I needed the noise. I need to see kids in the stands.”