Home Sport Rally di Roma will kick off the ERC season with 56 registered... 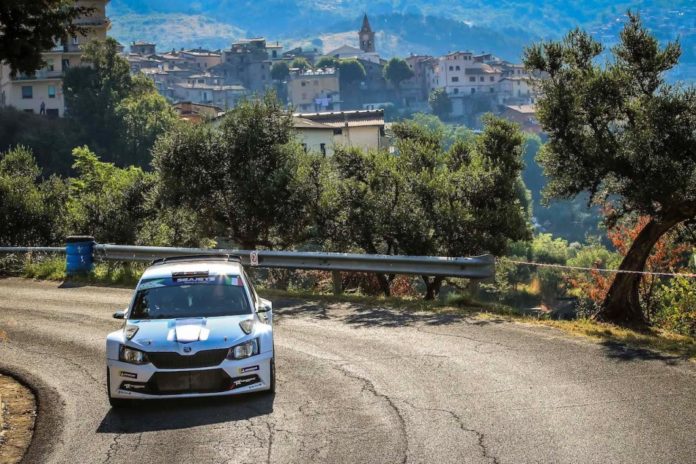 The 2020 FIA European Rally Championship is go – at last – on Rally di Roma Capitale in Italy next week with new drivers, new teams, new cars and new rules in store.

But while there have been changes aplenty since Chris Ingram beat Alexey Lukyanuk to the 2019 title a dramatic final-stage showdown on Rally Hungary last November, the objective behind the oldest international rally series in the world remains unaltered: to provide a competitive and accessible clear path of progression from national level to the world stage.

Taking place over six events (three on asphalt, three on gravel) between July and November, the 2020 ERC will be divided into various categories based on car performance and, in the case of the ERC1 Junior and Pirelli-supported ERC3 Junior divisions, driver age and experience.

Rally di Roma Capitale, which marks the resumption of FIA international-level rallying as certain restrictions, resulting from the COVID-19 pandemic, ease in some countries. Based in Fiuggi to the south east of the Italian capital, this year’s event consists of 15 asphalt-only stages over a distance of 197.80 kilometres. Following Free Practice and the Qualifying Stage on the morning of 24 July, crews head to the Castel Sant’Angelo and central Rome for the ceremonial start and to begin the Roma parade, a motorised tour of the city’s historic buildings and landmarks with drivers in their rally cars behind police escorts.

The progression of this asphalt event, organised and promoted by Max Rendina’s Motorsport Italia organisation, is impressive. Having first run in 2013, Rally di Roma Capitale made its ERC debut in 2017 as Italy returned to the European championship for the first time since 2013 when Rallye Sanremo was on the calendar. It proved a big hit and continues to flourish. While COVID-19 restrictions mean no visit to Ostia for the seaside superspecial, the popular stages around Pico to the far south east of event hub Fiuggi remain. By also counting as an Italian championship round, local participation is strong.

The entry list for Rally di Roma Capitale demonstrates the appeal of the ERC and commitment from the competing teams and drivers during the unprecedented period caused by the COVID-19 pandemic. Here are some of the key numbers:

87: A total of 87 crews have entered Rally di Roma Capitale.

42: Some 42 top-of-the-range Rally2 cars are set for action in Rome with 29 crewed by ERC drivers.

26: The ERC Junior championships have attracted a total of 26 entries, with 13 eligible for ERC1 Junior (for Rally2 cars) and 13 in contention for ERC3 Junior honours in Pirelli-equipped Rally4 and Rally5 cars.

24: With 24 nationalities represented by the competing drivers, the international appeal of the ERC is underlined once again.

Rally5 for ERC3 Junior: Rally5 cars will also be eligible for ERC3 Junior (it was Rally4 cars previously) A summary of other changes will be issued separately.

1: Rome’s famous Colosseum, which features on the Roma parade route, is the largest amphitheatre ever built. Construction began in AD 72 and was completed in AD 80.

2: In stark contrast, Rally di Roma Capitale took place for the first time in 2013 and joined the ERC roster in 2017 when the closest finish in recent ERC history was recorded as Bryan Bouffier beat Kajetan Kajetanowicz by 0.3s.

3: The commune of event base Fiuggi, to the southeast of central Rome, was made famous by its natural spring water and the healing powers it possesses.

4: Rome was one of two European capitals to host the ERC in 2019. Nicosia is home to the Cyprus Rally.