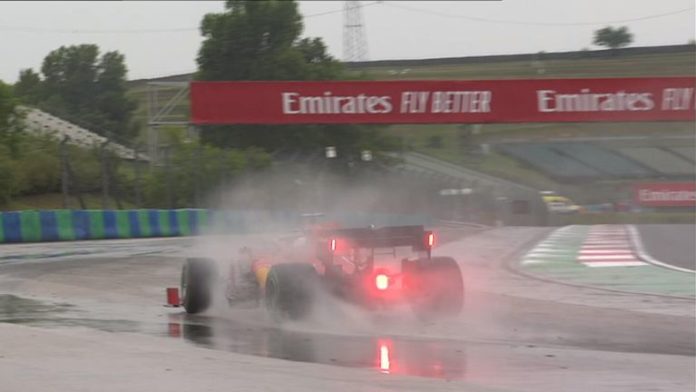 Ferrari hit the front for the first time this season, but seven drivers – including Hamilton – do not set time in wet weather; forecast for mixed conditions continues into Saturday and Sunday

Sebastian Vettel set the pace for under-pressure Ferrari in a very wet second practice session at the Hungarian GP.

But world champion Lewis Hamilton was one of seven drivers not to set a time during the session, with the rain making the 90 minutes largely unrepresentative.

Valtteri Bottas did set a time for Mercedes, and finished 0.272s back on Vettel, with Carlos Sainz third for McLaren.

Racing Point team-mates Lance Stroll and Sergio Perez were fourth and fifth respectively, with Pierre Gasly running to the track in sixth for AlphaTauri after losing the entire morning session.

There is a threat of the wet weather continuing into Saturday, which could create the prospect of a second consecutive rain-hit qualifying session.