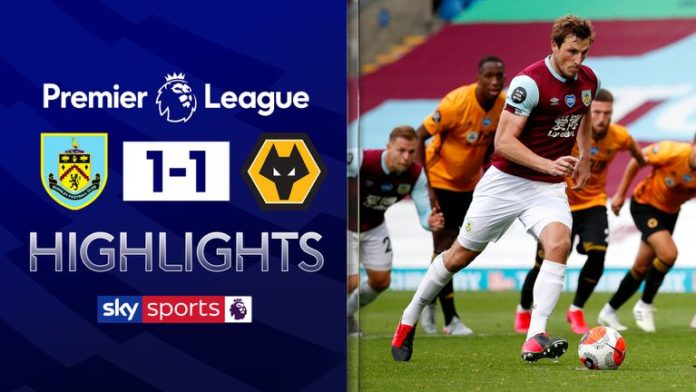 Norwich vs Burnley, Leicester vs Tottenham and Brighton vs Newcastle all live on Sky Sports

Charlie Nicholas returns with his Premier League predictions, with just two more game weeks to come before the conclusion of the season.

It was one of those moments for Burnley against Wolves where they probably dropped out of the race for the Europa League spots. They did get a dodgy draw to say the least. Ben Mee was out so I thought they would be disrupted, but I was wrong.

Burnley do not have a proper squad and that does not like being disrupted. They have dug their heels in with 51 points. Whichever way they balance it, Burnley do not normally have a lazy attitude with Sean Dyche in charge, and for that reason he will want them to push on.

It should be three points but this is about attitude and they are normally spot on with that. Norwich will not be keen to get going – they want the season complete and who could blame them? It is all about attitude for the first 30 minutes, and I do see them scoring in that time. Chris Wood scored the penalty [against Wolves] but Jay Rodriguez has been magnificent. I see them strolling to victory.

It is a massive game for Bournemouth. They pulled a performance out of the bag at Manchester City but it was no points for them again. Why did Eddie Howe leave Callum Wilson on bench? Nobody gave Bournemouth a prayer no matter the changes that were made for Man City, but it was a free hit. If he picked his best team and got nothing then fair enough, but he didn’t do that.

Southampton is a winnable game for them, but they are very good and showed character again coming back against Brighton. Danny Ings is still in the frame for the Golden Boot, and Bournemouth do let in goals. Southampton will squeeze and get at them.

Bournemouth better defend well, or they could be out of it this weekend. Southampton have had a couple of hiccups but I have been impressed with them. This should be considered as the final game for them. An open, gambling type of match will be a great watch.

Brendan Rodgers has managed to manipulate his players a bit. I think he may have questioned them. Have they missed James Maddison? Kelechi Iheanacho has come in and done well, Jamie Vardy is firing again and Demarai Gray scored against Sheffield United. Can they prove to Brendan that they can compete at this level? What will they be panicking about?

The way the season has panned out, I believe Leicester deserve to be in the top four. Their football has been great and their defending has been poor for only a small period, but it would be a bit of a crime if they were to miss out. This level of football can be a punishing league and Tottenham will say the same.

Leicester look a better side than Tottenham. I watched them at Newcastle and Arsenal. Newcastle should have got something, but Tottenham are getting over the line and showing some character. They do have issues, and Leicester are the type of team to expose those.

Leicester’s motivation to be in the top four will be too much, and if they win this one, I think they are there. I think Leicester must win this – it is that crucial.

A win for Leicester would put them above Chelsea, who still have to play Liverpool and Wolves, and then a cup final against Manchester United follows for them. Man Utd will have to force the game, as Leicester have the far superior goal-difference.

They will have to open up and Chelsea will need to beat Wolves, so I can see this happening. Tottenham will be a test for them. There will be lots of mistakes and action, but Leicester will run out winners.

Both of these teams have got there and claimed survival. I thought it would be problematic for Brighton, but they handled it well. I have to compliment Graham Potter, he did not panic and has stayed true to way he wants his team to play.

The last-minute Neal Maupay winner at Arsenal gave them a lot of confidence and they do not lose a lot of goals either.

Steve Bruce does not get the credit he deserves. They played well against Tottenham and Allan Saint-Maximin makes you smile when he gets the ball. He has been playing slightly further forward, but Jonjo Shelvey has also been performing.

They were never at risk of relegation really, yet he or Newcastle have never got the applause they should have done. They were a relegation-threatened team. He brought in who he could find, and these two deserve a lot of compliments.

It will be an open and nice game of football. It will be a score draw but you will see in the final 20 minutes that both teams will be tired and happy to get the game over with.

After the game against Leicester, it is the first time I have heard Chris Wilder being unhappy with his team. He did not think they would do that to him and for everything they have given him, they lacked energy and drive.

There were signs that they had dropped their standards. Playing in Europe has never been done for Sheffield United, and for Wilder to be a massive fan of the club and to take them into Europe, he would be guaranteed a statue. It means that much to him.

Everton are still standing at the moment. They had to strangle Aston Villa for a point. Theo Walcott came back to score, while Dominic Calvert-Lewin should have scored a couple, but they do create chances.

How do you work Sheffield United out now then? It is one of these scenarios, where maybe the demands might be getting to them. They are only a point above Arsenal. They are looking at six points and it would get them into Europe, but I do not see them getting that.

Everton are awkward enough to be a problem for them. They will block the wide areas and make them play through the middle. Set pieces will be an issue as they are not good at defending them, but I am going say it will go all the way to the last Sunday of the season. There will be lots of teams in the mix for differing positions, and this will be another draw.

It really is last chance time for Wolves. They will not make the Champions League now and they will not turn around the goal difference – it will not happen.

They are still in the Europa League and they will want to keep it that way, and this will be the game that keeps them in it. I think 59 points will get you there and a Wolves win gets them there. They need to go after it before the Chelsea match.

Sheffield United and Tottenham have awkward games, but Crystal Palace can be awkward too. It was a case of close but not close enough against Man Utd.

Roy Hodgson’s side have suffered six defeats in a row with two to come, without scoring in five of those six. This is not promising for them here. They will sit in, but Wolves will get over the line. This will be another defeat for Palace.