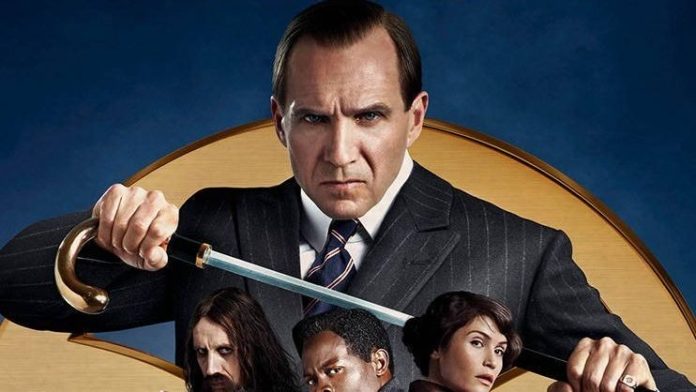 20th Century Studios has released The King’s Man international posters for Matthew Vaughn’s upcoming prequel and latest installment to the Kingsman films, featuring the main cast led by Ralph Fiennes, Gemma Arterton and Harris Dickinson, who portraying the roles of the Duke of Oxford, Polly and Conrad, respectively. Check out the full posters in the gallery below! (via IMP Awards)

The King’s Man follows a collection of history’s worst tyrants and criminal masterminds as they gather to plot a war to wipe out millions. Now, one man must race against time to stop them. Along the way, viewers can discover the origins of the very first independent intelligence agency in director Matthew Vaughn’s latest entry, The King’s Man.

RELATED: Witness the Rise of the Civilized in New The King’s Man Trailer

At the end of Kingsman: The Golden Circle, Eggsy married a Crown Princess of Sweden, Harry was officially back in the fold, and Tequila (Channing Tatum) joined the Kingsman. It’s unclear whether all three will return for the sequel, or if Tequila’s former Statesman partners, Ginger Ale (Halle Berry) and Champ (Jeff Bridges) will come back as well.

Originally titled The Great Game, the Kingsman prequel The King’s Man will hit theaters on September 18, 2020.