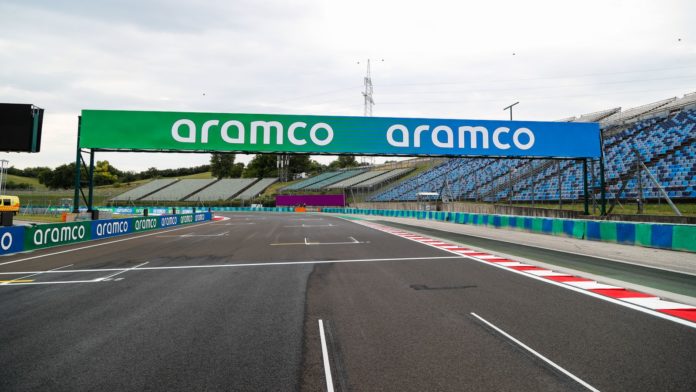 Two individuals “removed from operations and isolated” after testing positive. Nearly 5,000 tests carried out ahead of Hungarian GP

F1 have confirmed that two people tested positive for coronavirus from almost five thousand tests ahead of the Hungarian GP.

From 4,997 tests carried out in the seven days to Thursday, two tests came back as positive. The individuals were not present at the previous event in Austria and are understood to not work for teams.

Extensive protocols around isolation and tracing were enacted, with no impact on the running of this weekend’s event expected.

“The FIA and Formula 1 can today confirm that between Friday 10th July and Thursday 16th July, 4,997 tests for COVID-19 have been performed on drivers, teams and personnel,” read a joint statement.

“Of these, two people have tested positive. The individuals were not present in Austria, with the affected people removed from operations and isolated.

It is understood the two positive cases do not involve front-line roles.

F1 has put stringent health and safety measures in place at events for the delayed season to begin, including extensive protocols to ensure events can continue even with positive cases.

Writing in his post-Styrian GP column on Monday, F1 managing director Ross Brawn said on Monday: “There will be positive tests, I’m sure of it.

“When we do get those positive tests, we have to make sure we deal with them in the correct and proper fashion to minimise the impact they have on F1.”

The sport performed 8,598 tests between June 26-July 9, all of which returned negative results.