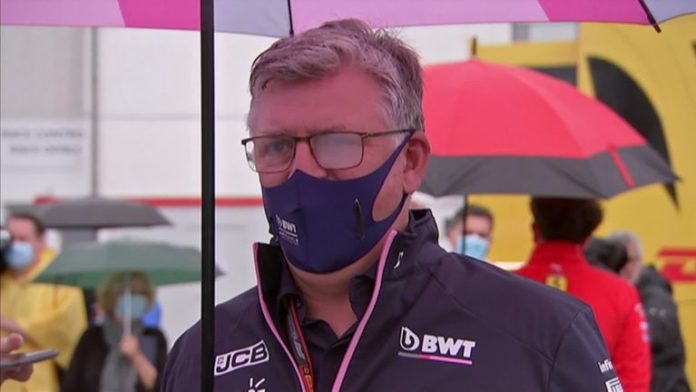 Renault have explained the reasons behind their protest against the Racing Point cars, while Otmar Szafnauer is insistent that his team “will win” and have simply exploited the Formula 1 regulations.

Renault lodged a formal protest with the stewards at the last race in Austria and, after a swift retort from Racing Point that it was “misconceived and ill-informed”, the back and forth has continued ahead of the Hungarian GP – with both teams confident about their cases.

The French manufacturer allege that the cars, which first alarmed rival teams back at winter testing in February, have been heavily influenced by last year’s Mercedes, and say they simply want “clarity” from the FIA.

“We assume that the brake ducts of the Racing Point and some other parts are a design from another team, and that is not legal in the regulations,” Renault executive director Marcin Budkowski told Sky F1.

Budkowski described the brake duct, which is a listed part in F1 2020 and so can not be shared with other teams, but wasn’t in 2019, as an “important aerodynamic performance element”, and said it would be “difficult to copy”.

“We will see the investigation from the FIA and we will see what the stewards think about it.”

The FIA deemed the protest admissible last Sunday, with the brake ducts on Racing Point’s cars impounded for analysis, which will take weeks. Mercedes have also been asked to submit the brake air ducts on their 2019 car.

Racing Point, who have enjoyed a flying start to F1 2020, strongly deny that they have received any help with the design of their car, with the team’s CEO Szafnauer revealing that the FIA were happy with their explanation and physical proof before the season started.

“We strongly believe and [can] prove that it’s completely legal,” he told Sky F1. “It’s been designed within both the sporting and technical regulations.

“Back in March the FIA came to the factory and had a good look at our design and development process, were happy that we did everything correctly and we just now have to inform the stewards the same.”

He added: “The FIA were happy that all the designs belonged to us, they are all ours, we developed the car independently of anybody which I must say is different than some other teams on the grid.

“We’ve got a great design team, we can design, develop our own. The rules are what they are and you’ve got to exploit them to the full.”

Asked if he was as confident as he can be about the protest by Ted Kravitz, Szafnauer replied: “Yes. We’ll win this and we’ll continue. I think it’s that simple.”

Szafnauer says if Racing Point did ‘lose’ – “which I’m confident we won’t” – there would be an issue for F1 as “we’ve designed that brake duct in the first place and we would design the exact same thing again”.

He says the team are in the midst of a three-week process of compiling evidence.

“We now have to put together the evidence to show that we’re completely legal, we have three weeks to do that and that’s exactly what we’re working on now,” he explained.

“We’ll provide all the evidence that was asked of us and I think the outcome will be bulletproof, which is quite nice because there are things that the camera can’t see, especially the internal surfaces of a brake duct for example that we completely designed and developed ourselves.

“When you compare the two parts, the FIA then will absolutely know that the brake ducts are unique and our IP and designed by us.”