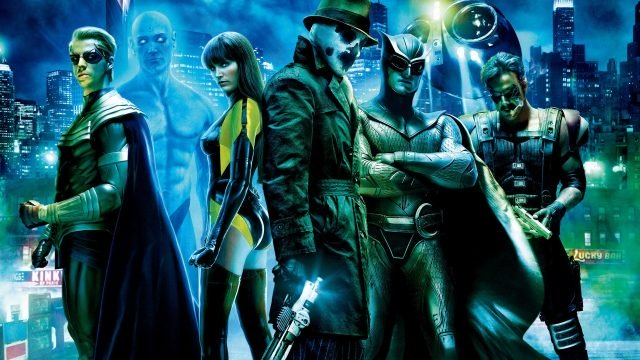 Whatever you have to say about Zack Snyder’s filmmaking style, his Watchmen movie is about as faithful an adaptation that fans of Alan Moore and Dave Gibbons’ graphic novel could have hoped for. The only major deviation from the source material was the omission of the giant squid, which Adrian Veidt/Ozymandias transported to New York in order to bring about global peace. Snyder’s film instead framed Doctor Manhattan for a series of energy reactor explosions around the world. Not surprisingly, the squid’s absence didn’t sit well with certain moviegoers. But according to co-writer David Hayter, they almost ended up with something completely different from Moore and Gibbons’ original ending (via SuperHeroHype).

Before Snyder came along, Watchmen saw several other directors come and go, including Hayter himself and Paul Greengrass. When Greengrass was attached to the film, Hayter’s script took even more liberties with the graphic novel’s conclusion. Hayter detailed these during a recent appearance on the Script Apart podcast. Apparently, this iteration of the movie would have ended with Nite Owl killing Ozymandias by ramming him with the Owlship. This stopped Veidt from completing his master plan. However, the surviving heroes would broadcast a doctored video appearing to show Doctor Manhattan attacking major cities.

Additionally, Hayter revealed that Greengrass’ film would have moved the timeframe from the 1980s to the present day.

“We knew it was going to be very difficult to do the ending of the book,” Hayter explained. “Plus 9/11 had happened and I didn’t think we should have images of bodies in Times Square, I felt that was not appropriate. So that inspired me to say, people should just be blown to shadows, like the Hiroshima shadows that are painted in the comic book.”

Hayter also mentioned Greengrass’ successor on the project, Darren Aronofsky. Although Aronofsky’s Watchmen tenure lasted only one week, Hayter credited him with inspiring the ending we saw in Snyder’s version.

“He sent me a note which said, ‘I have a friend who is a physicist and he had an idea for the movie,” Hayter continued. “What if Doctor Manhattan is the agent of destruction.’ That just clicked into place in my brain.”

What do you think of Hayter’s original plans for the Watchmen movie? Let us know in the comments down below!