Home Sport What should England expect of Buttler? 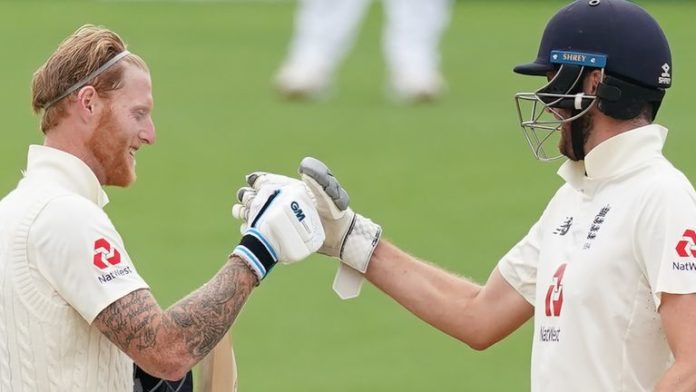 There is always debate about England selection and over recent times the microscope has fallen onto wicketkeeper-batsman Jos Buttler.

So devastating in white-ball cricket, the 29-year-old has not found as much success in the red-ball game with his average in Tests currently a lick over 31 after scoring only one fifty since February 2019.

After a day on which Buttler contributed 40 in England’s 469-9 declared against West Indies, Cricket Debate guests Dominic Cork, Sir Curtly Ambrose and Lydia Greenway discussed how he should bat in Test cricket…

“We are excited by the brand of Buttler. It’s easy for me to say ‘under the pressure, under the spotlight, go out and play your normal game’. I know it’s not that easy but I want to see what I saw glimpses off on day two – a Buttler who, regardless of who is bowling against him, can be aggressive and go at the bowlers. You can be aggressive in defence as well.

“Buttler can turn a game in that middle order but sometimes I think he is held back because he is hellbent on showing he can play a proper Test innings and wants to bat time. If I’m the coach, I am taking all the baggage away and saying ‘just play – hit the ball out of the ground’.

“Even if England are 100-5, I want to see him counter-attack and take it to the opposition so they know if they don’t get him out then that advantage of five-down is gone. He can upset the rhythm of the opposition.”

“We know the aggression Buttler brings to his batting. I always have a problem with players who, when they get to international level, change their game completely. The thing you have done to be selected, you improve – you don’t change you game completely. That to me is a no-no. Which Buttler is most effective? The one that goes on the attack or the one that is going to be dogged and doesn’t score? I think the attacking one.”

“In the position he is batting, if the top order do their job then that is where Jos is most effective. With things clicking at the top of the order, you would hope more consistently that Buttler will come in where he can play that natural role. If you ask an opposition who they would not want to come in then Jos is [one of them]. He can take a game away in a matter of overs. England may have to accept that that he is a player who has licence regardless of the situation as if it comes off it will work in England’s favour.”

Also on The Cricket Debate…

– Whether Dom Sibley bats too slowly

– Ben Stokes’ ability to shift through the gears

Watch day three of the second #raisethebat Test live on Sky Sports Cricket and Sky Sports Main Event from 10.30am on Saturday.