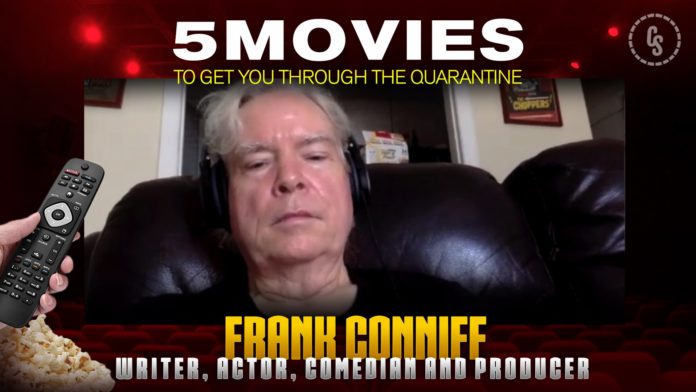 ComingSoon.net had the chance to ask TV’s Frank (Frank Conniff) about his five favorite quarantine movies, which you can watch now in the player below! Mystery Science Theater 3000’s Trace Beaulieu and Frank Conniff will next be seen live-streaming Glen or Glenda during a screening event taking place on July 21.

The Glen or Glenda livestream screening will take place on July 21 at 8:00 p.m. Get your tickets here!

Join Mystery Science Theater 3000 stars Trace Beaulieu and Frank Conniff (“Dr. Clayton Forrester” and “TV’s Frank”) for this special livestream event as they live-riff through Ed Wood’s 1953 classic, Glen or Glenda, with a Q&A with The Mads afterward.

This show will broadcast live via a private YouTube link that will be sent to ticket purchasers an hour prior to showtime. You can also watch directly on Eventbrite. A percentage of the proceeds from the event will benefit NAACP Empowerment Programs, who engage primarily in training, education, and advocacy at the national and local levels.

Viewers will be able to tune in from anywhere in the world. Anyone who purchases a ticket will gain access to re-watch the livestream and download it for personal viewing.

Glen or Glenda, the legendary debut film from director Ed Wood, Jr. (the infamous visionary behind Plan 9 From Outer Space), is a hilariously confusing but gentle tale of a young “transvestite” (played by Ed himself) who must come to grips with his identity as an angora-loving cross-dresser while also struggling to find acceptance from his fiancé and society at large. Narrated by horror movie icon Bela Lugosi, and featuring heaps of unrelated stock footage, strange dream sequences and gloriously campy dialogue, Glen or Glenda, despite its many failings as a film, helped revolutionize cinema by presenting a very progressive tale championing tolerance and kindness toward gender-nonconforming people … in 1953! “Pull the string! Pull the string!”