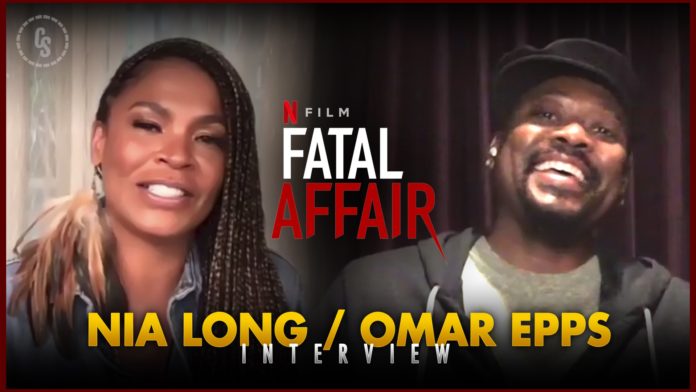 ComingSoon.net got the opportunity to chat with producer and star Nia Long (NCIS: Los Angeles, The Banker) and star Omar Epps (This Is Us, Resurrection) to discuss their work in the latest Netflix thriller Fatal Affair, now streaming on the platform! The interview can be viewed in the player below!

Directed by Peter Sullivan (Secret Obsession) on a script he co-wrote with Rasheeda Garner, the film centers on Ellie (Long), a successful attorney trying to mend her marriage with her husband Marcus (Stephen Bishop, Moneyball) and moving to a coastal home to be closer to their daughter who has recently gone to college. After being reunited with an old friend, David (Epps) at her job, they have a brief affair that sees him become more dangerous and unstable than she realized as she tries to keep the unfortunate incident a secret.

The three-time NAACP Image Award winner produces the film alongside Barry Barinholtz and Jeffrey Schenck, the latter of whom helped with the story alongside Sullivan, and Brian Nolan and Sullivan being attached as co-producers.