Home Sport Tiger leads The Open For The Ages 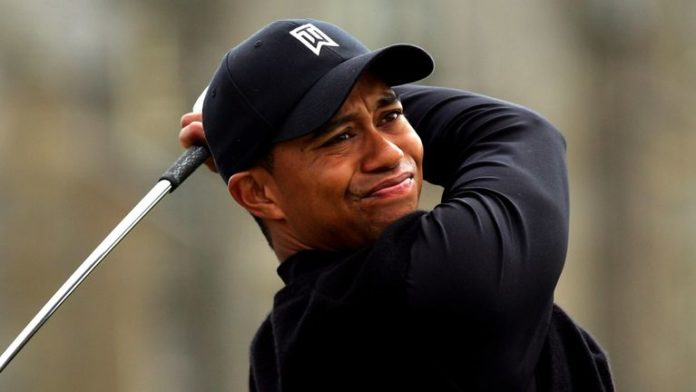 Watch the final round of The Open For The Ages, coverage from 11am on Sunday on Sky Sports Golf.

Tiger Woods excelled at St Andrews once again as he moved to the top of the leaderboard in The Open For The Ages on a wet and windy second day.

Challenging weather conditions meant birdies were tougher to come by in round two of this innovative event, which is using real archive footage from past Championships at St Andrews to create an exclusive celebratory edition of The Open.

However, Woods, a runaway winner over the Old Course in 2000 and 2005, was able to follow up his opening 67 with an impressive 69 to claim first place on eight under, one clear of Tom Watson, Jack Nicklaus and John Daly.

Seve Ballesteros, the first-round leader, lies two back through 36 holes after a level-par 72.

Highlights of the opening two rounds can now be seen on TheOpen.com. A further highlights package covering the third round will follow on Saturday before The Open For The Ages, in association with HSBC, culminates in a three-hour final-round broadcast from 11am on Sunday, available to view on Sky Sports Golf.

Gusting winds made putting particularly difficult throughout the second day, but Ballesteros was still able to hole out from distance on the 12th for a valuable birdie.

Nicklaus – the winner of 18 majors and three Opens, including two at St Andrews – came close to ending the day in a tie with Woods at eight under. However, after the Golden Bear’s drive on 18 reached the fringe of the green, he took three putts to finish with a par and a round of 70.

Sir Nick Faldo is firmly in contention at five under after producing a superb recovery to only drop one shot at the 17th. An outstanding putt limited the damage after he had taken two to get out of the infamous Road Hole Bunker.