Home Sport Richards-Everton: Police embarrassed me when they cuffed me 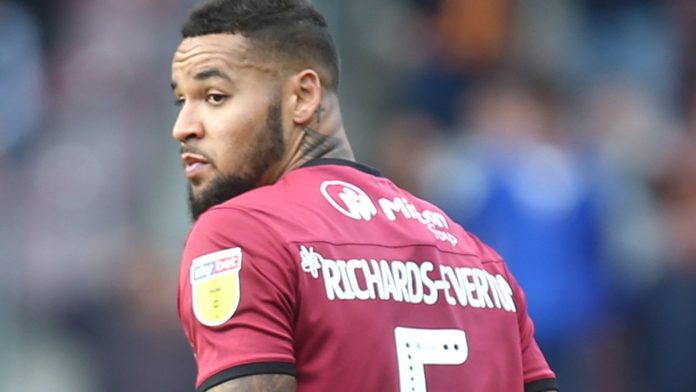 Richards-Everton: “My little sister was across the road and she must have missed what happened by, literally, minutes. She’s only 13 years old. I thank the Lord she did not witness her older brother going through something like this.”

Ben Richards-Everton says he felt humiliated when he was handcuffed by police in the area where he grew up after his vehicle was stopped.

The Bradford City defender was pulled over by officers in Sutton Coldfield last month in a Range Rover he had recently purchased.

Footage emerged this week of part of his exchange with police, which was captured on a mobile phone by Richards-Everton’s girlfriend.

West Midlands Police told Sky Sports News that Richards-Everton’s car initially flagged up with warning markers for drugs and firearms, but they are now working on the assumption that the vehicle’s number plates had been cloned.

Richards-Everton was handcuffed while a search of his vehicle was conducted. Nothing illegal was found and although he was later released with no further action to be taken, Bradford City have taken legal advice and are to pursue the matter on his behalf.

The 28-year-old is pleased his club are supportive of him and said the only saving grace from his ordeal is that his 13-year-old sister did not see it, having been in the area moments earlier.

“People were outside the shops. People were recording it on their phones,” Richards-Everton told Sky Sports News as he explained how he felt after being handcuffed during the search of his vehicle.

“It was just a bit embarrassing for me. I grew up in that area.

“The shopkeeper knows who I am. Having spoken to the shopkeeper just before it happened – he was saying ‘my god you’ve grown up so much’.

“He didn’t recognise me because of my beard, and stuff like that. We just had a bit of laugh and then to come out and……obviously, he saw all of this. It was just embarrassing for me.

“My little sister was across the road and she must have missed what happened by, literally, minutes because she was over the road getting food for the family.

“She’s only 13 years old, I thank the Lord she did not witness this, her older brother going through something like this.”

Richards-Everton said he was left shaken by the episode at the time and still remains affected by the incident today.

“I was distressed at the time, and all sorts of emotions were running through me and I tried to act as calmly as possible,” he said.

“But at the same time I was upset by the fact of what was happening.

“I’m just very distressed [in general] about the situation to be honest and I really want to get to the bottom of why this happened. I need answers.”