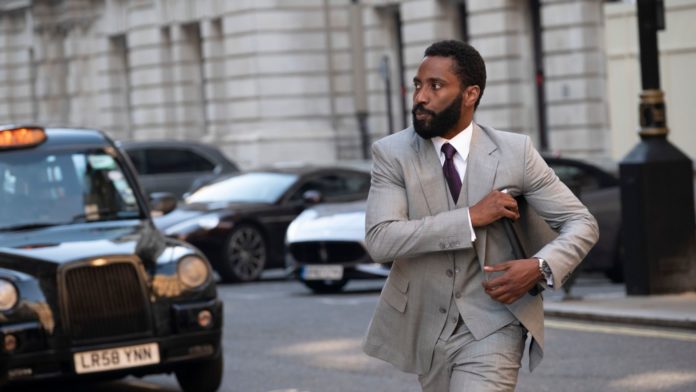 This week’s episode of our entertainment podcast, Backstage, had to be re-thought, after a film we were going to include had its release date pushed back.

For us, it was a matter of finding something else to talk about, but the postponement of film releases is a big problem that the cinema industry here in the UK is currently grappling with.

Theatres in England were given the green-light to reopen from 4 July, in Northern Ireland it was the 10th, in Scotland the 15th and in Wales they’re due to follow on the 27th.

But despite being allowed to open, many aren’t.

Those that are back in business are showing classic movies (propelling 1980 Star Wars sequel The Empire Strikes Back to the top of last week’s box office) but it’s not out of choice.

Cinemas are waiting for a summer blockbuster to be released to tempt audiences back into seats.

Christopher Nolan’s Tenet, a sci-fi movie starring Robert Pattinson and John David Washington, was due to be the first of the massive tent-pole movies hitting cinema screens after lockdown, but its release date has been pushed back twice.

The delay is not due to problems here in the UK, but because other markets – the US and China – aren’t open and because movies all come out internationally on the same day.

Film critic Larushka Ivan-Zadeh says the problems overseas could be disastrous for the UK’s cinema industry.

“Because what we really need right now, what cinemas desperately need, is one big, exciting event movie to reignite the summer blockbuster season – and it has to be a movie whose must-see appeal is compelling enough to overcome people’s health reservations about going back to the cinema.”

One of the UK’s big cinema chains, Cineworld, has already said they will delay opening until they have Tenet, or another big blockbuster, to screen.

It means the cinema industry here is relying on theatres across the world to open up, something which seems unlikely as coronavirus cases in the US continue to spike.

Ms Ivan-Zadeh says if film companies continue to wait for all markets to be ready before releasing, they could find they are waiting for a long time.

“I think given that this is a global pandemic, the idea of every cinema territory in the world being in a situation where none of them are under lockdown, is perhaps unfeasible now,” she said.

“Perhaps a few months ago we thought, ‘Oh, you know, the pandemic will sort of roll over and the world will come out of lockdown.’ It now seems like different territories will get shut down at different times.”

There has been recent speculation in the US that Tenet won’t get its summer release due to states like California going back into lockdown.

Ms Ivan-Zadeh says if Tenet isn’t out in August then another film will need to break the deadlock.

“It’s like a game of chicken, one blockbuster needs to go back into the cinemas in order to pave the way for other ones,” she said.

“But obviously, no one wants to be that sort of first canary down the coal mine.”

“But something has to break, and Tenet just feels like the right film to lead the way because Christopher Nolan famously shoots on 70-millimetre film…he makes films specifically to be seen on the big screen…so it feels symbolically like the film that has to get everyone back into the cinemas.”

Hear more about Tenet and the cinema industry on this week’s episode of Backstage – Sky News’ entertainment podcast.