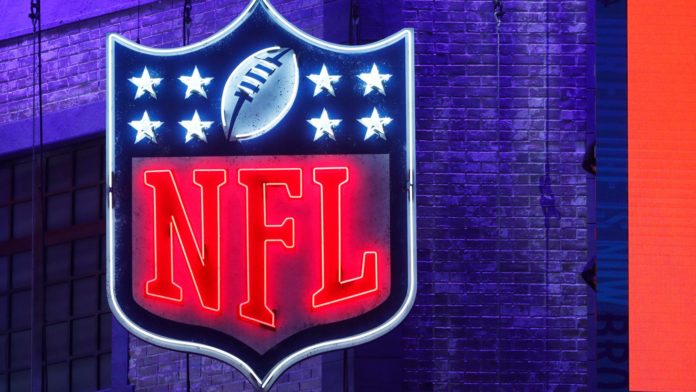 The NFL has acknowledged progress is being made towards playing safely despite coronavirus but that not all issues have been settled with the players union NFLPA.

In a statement released on Friday, the NFL confirmed that plans for the 2020 season, currently pencilled in to begin on September 10, are moving forward.

It is thought that the league and the NFL Players Association union remain apart on the need for additional health protocols and finances with league revenues taking a hit and players seeking assurances over contracts.

“NFL clubs met via video conference and received an update on preparations for the 2020 season,” the league said.

“We will continue to implement the health and safety protocols developed jointly with the NFLPA, and based on the advice of leading medical experts, including review by the CDC.

“We will address additional issues in a cooperative way.

“All decisions will be made in an effort to put us in position to play a full regular season and postseason culminating with the Super Bowl which is the shared goal of the clubs and the players.”

Among the stumbling blocks that need to be overcome include a desire by the players to increase its coronavirus testing programme from every other day to daily.

Atlanta, Phoenix, Houston and the entire state of Florida are just a few NFL regions that have experienced an increase in cases of the virus.

DeMaurice Smith, executive director of the NFLPA, said in a video call that consistent testing will be non-negotiable.

“We believe daily testing is important, especially given some of these hot spots,” Smith said.

“We don’t right now plan on changing that position.”

Smith said the NFLPA called “an emergency meeting” on Thursday night with team doctors in the worst-affected regions, and medical professionals said it was safe.

Training camps are scheduled to open on July 28, but rookies will report on Monday to several teams, even as the negotiations continue.

Players are able to file a grievance to delay the start of training camps and use the reason of workplace conditions not being up to standards if coronavirus protocols are still not to their liking.

The NFLPA has indicated it would seek to stop training camps once a player files a complaint.

“One positive test late in the week [could derail] an entire team because all the people who were close contacts need to get through the protocols to make sure they’re not sick and transmitting this virus to everyone around them,” players association president and Cleveland Browns centre J.C. Tretter said.

“You don’t have enough bodies to put on the field.”

It comes as the NFLPA confirmed 72 players have tested positive for coronavirus.

Smith also had a simple message for fans: Everyone needs to wear a mask if they want to watch the NFL this season.

“What’s good for the country is good for sports,” Smith said.

“Something as simple as wearing a mask will have probably the most significant impact on the extent and whether sport returns in this country.”