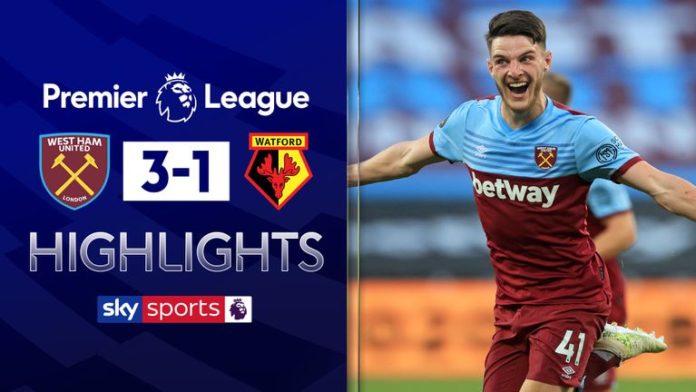 The intensity of Premier League football is back, but normality will truly return when supporters do, says Gary Neville.

Gary Neville says the intensity of the Premier League is back at a consistent level and the return of fans would provide the final piece in football’s positive return to action.

After a tentative resumption after lockdown, Neville believes the standard of football is now back to what would be regarded as Premier League level.

“We are now seeing games that, were they to be played in front of fans, they would create great atmospheres,” he told the Gary Neville podcast.

“In the first couple of weeks of restart I found it tough getting used to the conditions of having no fans in the stadiums. Games were played at such a slow pace, it was cautious, players were struggling for match fitness and it was nothing like Premier League football.

“Now we’re at the stage where there is a level of intensity, tackles are flying in and we are seeing the type of game you would expect when fans are in the stadiums. We are getting to a higher level; players are a lot sharper and clever with their movement.”

Since June 17, the Premier League’s ‘Project Restart’ has mitigated against a potential coronavirus outbreak to deliver 72 of the remaining 92 top-flight matches.

Neville believes the limited number of positive tests are a testament to the discipline shown by Premier League players, staff and their families throughout lockdown for which they deserved to be commended.

“The players have responded well, and the restart has been handled incredibly well,” he added. “It surprises me every week when we get the positive test results.

“I expected there to be very few positives tests in the early days when players were returning to training because they had been in lockdown, like we all had. I thought there would be more as the country mobilised and the restaurants started to open, but the players have demonstrated an incredible amount of discipline.

“We’ve hardly seen any positive cases because they are obviously managing themselves well. I expected to see a situation where you would see 20, 30 positive cases and I feared a club may have to drop out.

“If the players and their families went back out into their normal lives, I only thought football could restart if the players were in a bio-bubble. But we are still seeing so few positive cases and clubs are not playing games without a host of players and for that I am grateful because that really would have been a massive issue in terms of integrity.

“With Champions League places up for grabs, relegation at stake, if clubs have players missing against a rival that would have been huge. But the restart has been managed incredibly well by the Premier League, the privacy element over testing has been important, and the players and their families have demonstrated an incredible amount of discipline otherwise there would have been more positive tests.

“We’re not talking about robots here; we’re talking about human beings who do normal things. To only have one, two or three positive tests among the thousands of players and staff in this league demonstrates there is an incredible amount of discipline and sacrifice that exists in football.

“Footballers are ridiculed when they make a mistake, but they should also be praised when they do things well.”

Nev: Return of fans signals a return to normality

Government proposals issued on Friday outlined a possible return of supporters to sporting stadia by October 1, an announcement Neville believes highlights a return to normality in society is imminent.

“I was at West Ham for their win over Chelsea,” Neville added. “Had fans been in the stadium when Andriy Yarmolenko scored that late winner, the place would have been bouncing, absolutely rocking. We need that day back.

“There is no doubt we have to get people back into cities and towns, otherwise the economy will fall over. Manchester and London have been ghost towns compared to what they would usually be and the impact of that is bad on people.

“From a health point of view they have to make sure people feel safe for fans to return and that it is the right time to do so. Football is being used as a boost.

“The message to everyone is that football is back, you can watch Premier League football now, but fans will be back in stadiums in two months. Once people get back into stadiums, they’ll probably be back in the pub and then they will think they can get back to the office. All of a sudden that feeling of normality resumes and people will go out again.

“Yes, we will have to social distance, wear masks and make sure we’re sensible and wash our hands, but there is no doubt the government are moving towards that.

“The announcement Boris Johnson made could well have been the one that had most impact in demonstrating a return to normality. That’s the power of football in this country, it can create change.

“Football and footballers can make big changes and have an impact beyond what they do on the pitch and the government have recognised and used that over the last few months in this country.”