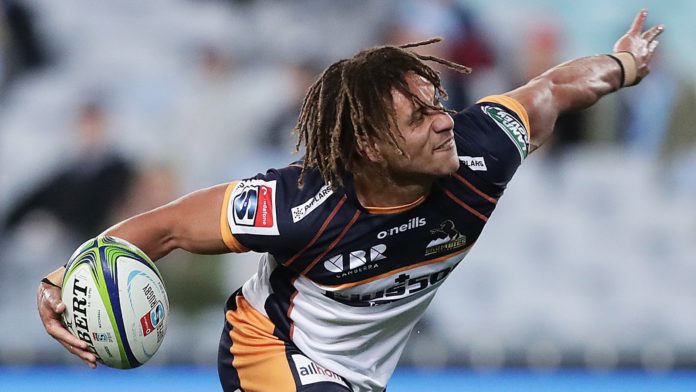 Issak Fines scored a 77th-minute try to help the ACT Brumbies to a 24-23 victory over the Waratahs in Super Rugby AU on Saturday.

Bayley Kuenzle, who replaced injured fly-half Noah Lolesio in the first half, slotted the conversion adjacent to the posts to give the Brumbies the one-point advantage they held on to.

The Brumbies moved to second on nine points in the domestic competition, one behind the Queensland Reds, who have played a game more.

The Canberra-based side had won their last four matches against the Waratahs, including a 47-14 thrashing in their final game before Super Rugby was shut down in March due to the coronavirus outbreak.

The Waratahs, however, looked like they would break that streak when they held a 23-17 lead but then looked to shut the game down rather than try to add points, which gave the Brumbies the chance they needed.

The home side had capitalised on a man advantage in the first half when Brumbies winger Andy Muirhead was given a yellow card by referee Angus Gardner after a succession of team penalties.

Hooker Tom Horton and winger James Ramm scored tries to give the Waratahs a 20-5 lead while Muirhead was off the field.

Brumbies flanker Tom Cusack had opened the scoring with a seventh-minute try before the Waratahs earned a succession of penalties and took a 6-5 lead through the boot of fly-half Will Harrison.

Horton and Ramm then crossed before hooker Folau Fainga’a and loose forward Rob Valetini responded to make it 20-17 at half time.

Harrison slotted his third penalty in the 50th minute and as the Waratahs looked to shut the game down, Fine’s try after a sustained buildup secured victory for the Brumbies.