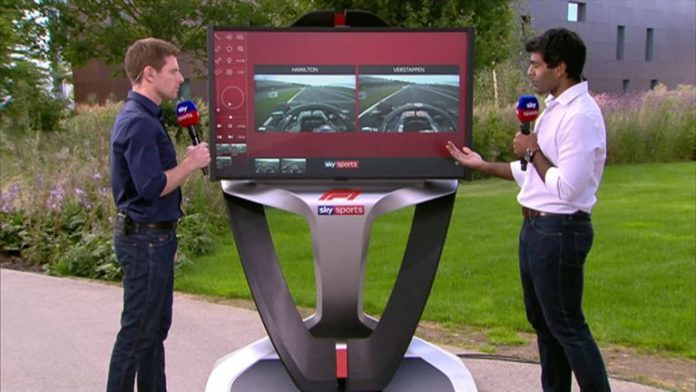 Racing Point truly delivered on their 2020 promise for the first time to lock out the second row of the Hungarian GP grid, to increase focus on the fortunes of would-be Mercedes challengers Ferrari and Red Bull.

Outperforming two members of F1’s usual ‘Big Three’ on a day Mercedes qualified on pole position by one second, Racing Point will start with two cars on the second row for first time in dry conditions.

Lance Stroll qualified third after outpacing team-mate Sergio Perez in Q3 and told Sky F1: “Really happy with our qualifying performance. The team did a great job, the car was on rails throughout the whole weekend.

“I had a few bits and pieces to work on during practice and I managed to nail it in qualifying, which feels great.”

The Racing Point car is the subject of a protest by Renault, lodged at last week’s Styrian GP, owing to its likeness to last year’s Mercedes in a controversy which is prompting constant off-track debate.

The case is not set to be heard for several more weeks while evidence is gathered, but Racing Point state they have adhered to the regulations and are confident the FIA will find in their favour.

“I’m confident that we have all the evidence to prove that we’re legal,” reiterated Stroll.

“It’s the name of the game; a big part of it is the car and unfortunately the last few years it’s not always been great on that front.

“But this year we’ve turned up with a realluy solid package. That’s thanks to everyone back at the factory for all the hard work they have done all the winter. We put in the work and a result we have this car, it’s really a pleasure to drive. It puts a smile on my face every time I jump in.”

Perez, who revealed he was suffering from dizziness during qualifying, said: “It’s a great result for the team. We looked good all the way through, so I’m happy with the team result and hopefully tomorrow we can put it together in the race and score a lot of points for the team.”

There were few reasons to smile for Mercedes’ usual rivals.

Red Bull had run Mercedes closest, albeit distantly, at the season’s opening two rounds in Austria but have struggled with the RB16 around the technical Hungaroring since practice amid unusually inclement conditions.

Their cars qualified seventh and 13th a year on from Max Verstappen claiming pole position. Soberingly, the Dutchman’s Q3 lap this year was 0.3s slower than his 2019 pole time, whereas Mercedes have improved by 1.1 seconds and Racing Point by a huge

“I don’t know why, but clearly something is not working,” acknowledged Verstappen.

“Compared to let’s say also year where I think we had a really good balance around here. The whole week has been really tricky and it’s hard to understand. We tried a lot of things but it still doesn’t really work. So, of course a disappointing qualifying.”

Analysing the car’s on-board footage, Sky F1’s Paul Di Resta said: “I think a lot of it is the [cool] conditions, I hope to see Max get his elbows out tomorrow, but it’s strange why it’s just not happening.

“You can see the on-boards when the change the balance of the car it is affecting it, but it’s not affecting it enough in a positive direction.”

On a circuit that negates straight-line defincies, Ferrari could at least point to progress from the Austrian double header – although they too still trailed Mercedes by a huge margin over a single lap.

“We have for the first time both cars in Q3. We know that Austria didn’t really suit us, we lose a lot of time in the straights. Here there is a lot more corners to make up with. The car felt better balanced as well so we are much closer compared to the people around us [than was the case] – Racing Point, Red Bull, even McLaren.

“So that’s psioitve and we need to make sure we keep that up.”

Leclerc, knocked out in Q2 in the wet in Austria last week, added: “It feels a bit better. Fifth and sixth and I think our race pace is a bit stronger than our qualu pace so hopefully we can score some good points for the team.”