Home Sport Cork: Stokes can become one of England’s greatest 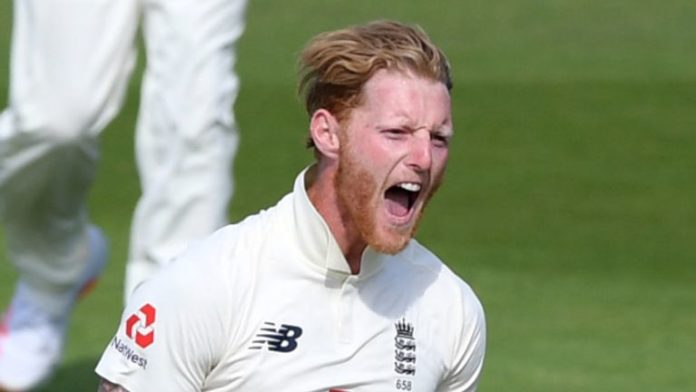 Dominic Cork, Ravi Bopara and Sir Curtly Ambrose answer YOUR questions on The Cricket Debate, plus we hear from England talisman Stokes

Dominic Cork says Ben Stokes’ talent and work ethic can help him become one of England’s greatest cricketers ever.

The 29-year-old is averaging over 51 with the bat in Test cricket since the start of 2019 after his superb 176 on day two of the second #raisethebat Test against West Indies at Emirates Old Trafford.

Stokes’ bowling has also been key for his side, including when his tireless spell in Cape Town over the winter dragged England to victory over South Africa and back to 1-1 in a series they went on to win 3-1.

Speaking on The Cricket Debate, former England seamer Cork said: “It could have been the end three years ago [with the Bristol incident] and I think he realised just what he has got as a talent.

“I know he works a hell of a lot on his bowling as well. I just see this man not becoming only the best in the world but one of the best we have had ever. That’s how highly I rate him.”

Cork’s fellow Cricket Debate guest, Sussex’s former Essex and England star Ravi Bopara, says Stokes has relished the responsibility of being a senior player and go-to-guy for his side.

Stokes’ glittering 2019 including playing an instrumental role in England’s win over New Zealand in the Cricket World Cup final and then scoring an unbeaten 135 in the fourth Ashes Test against Australia at Emerald Headingley as the hosts pulled off a remarkable one-wicket victory.

“I think there has definitely been a change with Ben,” said Bopara.

“He is a fiery character and always has been – even if you are playing PlayStation in hotel rooms!

“But as he has had a more important role in the side as an all-rounder, making an impact with bat and ball, winning games for England, and since England have started looking at him as the main guy, his attitude has changed with it.

“He has always been a hard worker – he bats for hours and is a bit of a machine when it comes to fitness – but he looks like he has got his head in the right place.

“He has made his mistakes and learnt from them. He looks a formidable cricketer.”

With no play on day three in Manchester due to persistent rain, Dominic, Ravi, and Sir Curtly Ambrose answered questions from viewers on Saturday’s Cricket Debate, discussing…

– If Tests in England should start earlier than 11am

For all that, plus our chat with Stokes in the Sandals Player Zone, listen to The Cricket Debate podcast

Watch day four of the second #raisethebat Test live on Sky Sports Cricket and Sky Sports Main Event from 10.30am on Sunday.